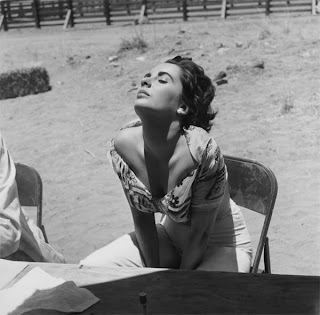 “I've only slept with men I've been married to. How many women can make that claim?” Elizabeth Taylor
I’m generally not too keen on modern celebrity culture and the pointless tales of Z list no brainers with limited talents and bigger publicity budgets. I do however have a minor obsession with Elizabeth Taylor. She’s my role model. A picture of her and the luscious Paul Newman are looking down over me now as I type. In spite of a notorious lifelong battle with prescription drug addictions, alcoholisms and chain smoking, she lived till she was 79. Now that’s an achievement in my books, staying alive through illness and fragility.
She certainly crammed a lot in: 8 marriages, a few nervous breakdowns, an obesity problem, a couple of trips to rehab centres, over 70 hospitalisations and more than 20 operations. She also worked to raise the profile of AIDS charities and research and wasn’t afraid to stick her neck out and speak her mind in her tireless fundraising campaigns. Amazingly, she also found the time to act and made some of the most corking films of all time.  Two of her film performances always take my breath away and I never tire of them: Maggie the Cat in “Cat on a Hot Tin Roof” and Martha in “Who’s Afraid of Virginia Woolf?” If you haven’t seen them then you’re missing out on some classic lines and great acting.
She wasn’t afraid of being seen as a sexual being in a time when repression was standard in Hollywood. She was one of the first major stars ever to appear unclothed in a film and to be shown naked in Playboy. She loved gay men too, sparking up friendships with the closeted gay male stars of the time, Montgomery Clift, Rock Hudson and James Dean. I can see why the paradoxically fragile diva would relate to gay blokes so well.
She was accident prone and clumsy, yet exuded glamour and style. She was a diva yet managed to be diplomatic enough at times to ensure her demands were always met and was able to lampoon herself too. OK, so the 80’s were a bit ugly, with those shoulder pads and big hair and that friendship with the horribly creepy Michael Jackson, but we all lacked style in that tacky decade and made mistakes, didn’t we?
She had a lifelong naivety which belied her occasionally brash exterior, and still always believed in everlasting love. Now that was maybe her biggest feat yet, 8 failed marriages and still believed in love? She’s definitely an icon to hold up as a role model in our turbulent modern times.
She even arranged to be 15 minutes late for her own funeral. That’s class.
“The problem with people who have no vices is that generally you can be pretty sure they're going to have some pretty annoying virtues.” Elizabeth Taylor. I couldn’t agree more, Elizabeth. 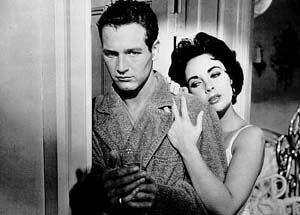