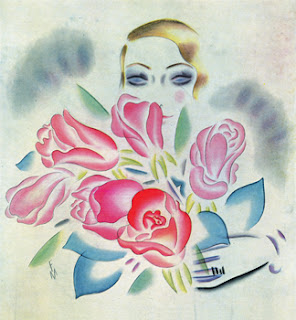 As ever I love the poems of Wendy Cope. She conveys so much in such succinct verse. I like the sentiment here. I’m not at all fussed about getting the flowers either. I much prefer a man who knows me well enough to agonise over whether the flowers were right for someone as particular as me than one who expects me to accept what he thinks I want. The thought of the flowers linger longer for me too.
Flowers
By Wendy Cope
Some men never think of it.
You did. You’d come along
And say you’d nearly brought me flowers
But something had gone wrong.

The shop was closed. Or you had doubts —
The sort that minds like ours
Dream up incessantly. You thought
I might not want your flowers.

It made me smile and hug you then.
Now I can only smile.
But, look, the flowers you nearly brought
Have lasted all this while.