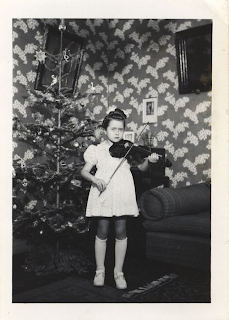 I’ve held back so far but after battling my way into the city centre on a steamy over crowded bus on Friday I need to let it all out. It’s getting all festive which for me is not good. The queues to collect parcels are becoming horrendous, there’s nasty tasteless everywhere and the drunken works’ parties are starting to invade the dining venues. I thought a few poems as an antidote to the rubbish might help. Enjoy them, they’re more interesting than the queues for Satan (is that how you spell Saint Nick?). I especially relate to the second poem. Seeing people who’s grief and pain is magnified by the expectation that they should be happy because it’s December is a common sight for me at work.
A Christmas Poem
By Wendy Cope
At Christmas little children sing and merry bells jingle,
The cold winter air makes our hands and faces tingle
And happy families go to church and cheerily they mingle
And the whole business is unbelievably dreadful, if you're single.
A Christmas Song
By Wendy Cope
Why is the baby crying
On this, his special day,


When we have brought him lovely gifts
And laid them on the hay?
He’s crying for the people
Who greet this day with dread
Because somebody dear to them
Is far away or dead,
For all the men and women
Whose love affairs went wrong,
Who try their best at merriment
When Christmas comes along
For separated parents
Whose turn it is to grieve
While children hang their stockings up
Elsewhere on Christmas Eve,
For everyone whose burden,
Carried throughout the year,
Is heavier at Christmastime,
The season of good cheer.
That’s why the baby’s crying
There in the cattle stall:
He’s crying for those people.
He’s crying for them all.
Posted by C at Sunday, November 27, 2011

Listen to BBC radio 2 on listen again Simon Mayo from monday 10.12.12. to hear a beautiful rendition of this poem by jools holland and ruby turner. Amazing.