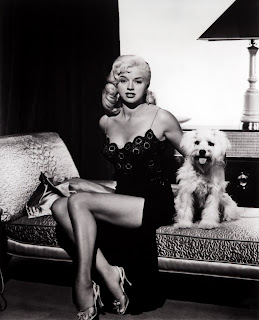 Anyone remember Diana Dors? She was the plump middle aged lady with peroxide blonde hair who played the fairy godmother in the Adam and the Ants video for “Prince Charming”. She was the blowsy lady spilling out of a too tight dress on Celebrity Squares and Blankety Blank in the 1980s. She was scandalous tabloid fodder for her hosting of wild sex parties and her troubled marriages, way before phones that could be hacked were invented.
There’s a lot more to Diana. She was actually a very talented young actress, an accomplished singer and cabaret artiste and was considered a great wit and beauty in her day. She was the youngest girl ever to have attended the London Academy of Music and Drama and the youngest person registered as the owner of a Rolls Royce. She couldn’t drive it, it was all a publicity stunt.
She was marketed as a very British answer to Marilyn Monroe and Jayne Mansfied. There’s not much hope of glamour when you’re born in Swindon and called Diana Fluck but she managed to attain celebrity and notoriety. She said of her name: “They asked me to change my name. I suppose they were afraid that if my real name Diana Fluck was in lights and one of the lights blew...”
She was often clad in gold lame dresses which she burst out of and teetered around in preposterous heels, often seen draped over leopard skins. Being typically British she failed at maintaining the illusion and was often too frank, talking openly about her private life, causing her to lose a Hollywood film contract for immoral behaviour. When asked where she’d bought a leopard skin she was sprawled out on she informed the journalist that she’d picked it up cheap, second hand.
When her first marriage failed and she was held at gunpoint and forced to sign over her assets, she embarked on a cabaret tour and recorded a swing album called “Swingin’ Dors” to bring in some cash. It’s a bloody good album too. You can still buy it.
Diana’s acting talents were never in doubt and she achieved recognition for her 1956 film “Yield to the Night” in which she did something actresses didn’t do at the time. She played a murderess waiting to be hanged and appeared on screen with dark roots and no make-up and proved that unlike some of her American contemporaries she could actually act. Interestingly, the film was loosely based on Ruth Ellis, the last woman to be hanged in England, who was a friend of Diana.
There’s loads of interesting stuff about Diana Dors: she left behind a coded message stating where her hidden millions were, leaving an unsolved mystery as the money was never found. She once had a fling with Bob Monkhouse. She wrote tacky paperbacks about her life including the salacious “Behind Closed Dors”. She was a shrewd business woman who marketed herself and turned her image into a product but at times was terrible with money and went bankrupt in the early 1960s owing more than £40,000. The Archbishop of Canterbury once called her a “brazen hussy”, an accolade I’d be proud of. You’ve got to admire the woman. She certainly packed a lot into 52 years before her death from ovarian cancer. 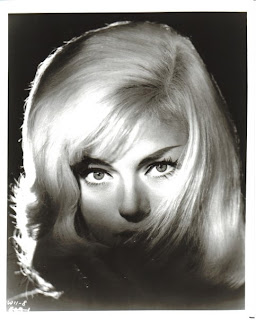