December can be a bleak month and for me, it’s my least favourite time of the year. I’ve written before about my pathological hatred of all things festive and I also really don’t like the short days (see “The C Word”). Going to work in the dark and coming home in the dark is not joyous. I’m always glad when the 21st has passed and the days start drawing out, too slowly for me.
I always feel like hibernating in December and don’t venture out much. I have an overwhelming urge to sleep and eat stodgy food. I avoid the city centre, it’s packed with amateur shoppers clogging up the roads and streets and the enforced jollity, designed to make you spend money, grates on my nerves. It generally takes me 30 minutes longer each day to get home from work due to clogged up roads which annoys me.
Eating out isn’t always too good either and bars are a definite no for me. One hearing of “Last Christmas” by Wham or any of the numerous cheesy pop songs about Yuletide and I start to feel a little psychotic or become like the Witch in “The Wizard of Oz” on entering a Jacuzzi. Added to that, most places are full of drunken works’ parties and staffed by temporary teenage waitresses and the food is usually churned out with an eye for making as much cash as possible and quality goes out of the window.
Lots of friends are unavailable throughout December as they endure festive parties and family events and I hope for their sake, that they can get drunk enough to think they’re fun. Theatres are full of horrifically bad pantomimes starring has-been soap stars and people from long failed sitcoms and little else. Consequently, December is my most reclusive month so this month I’m mostly reviewing books and T.V.
Books
Anne Tyler “The Amateur Marriage” 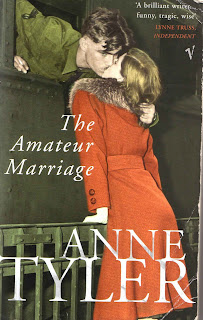 This book has been sitting on my bookshelf for several years. I picked it up and was instantly engrossed and wished I’d discovered it before. It’s the story of Pauline and Michael, a mismatched couple who meet in the 1940s and attempt to survive a marriage doomed for failure. Anne Tyler writes evocatively and portrays drama and mood through describing the mundane details of daily life. She slips in plot turns and twists subtly amongst the domesticity as she plots their life through to the 1990s. Pauline is a feisty fire brand of a woman, whilst Michael is staid and measured and the character portrayal is deft and sympathetic. I’d definitely recommend this book.
Jeffrey Eugenides “The Marriage Plot”

I love his work. I adored “The Virgin Suicides” with its nihilistic darkness and “Middlesex” was outstanding. This new novel took a while to draw me in but once it did I wasn’t disappointed. The story is a romantic comedy with an intellectual twist. The book follows the lives of three university students in the 1980s and examines whether love and romance are still pertinent in the age of pre-nuptial agreements, feminism and quickie divorces. It’s definitely comedy looked at through a glass darkly and is a brilliant book.
Harriet Lane “Alys, Always” 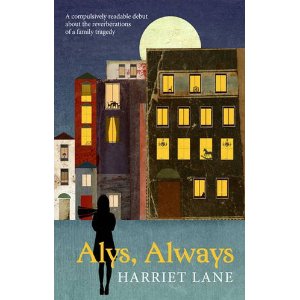 This novel is a sinister tale of social climbing, Machiavellian manoeuvres and exclusion. I was lucky enough to get a free copy from Waterstones to review. The book is, sadly, not published till February but it’s definitely one to look out for. I devoured the novel in a day. The characterisation is succinct and the tone and style of the book is sparse and chilling. This is the author’s debut novel and it’s a corker of a book. Good psychological thrillers which are well written are few and far between but this book is in a class of its own.
T.V.
American Horror Story
I have a new addiction. I’ve wolfed down 10 episodes of this drama in less than a week. It ticked so many boxes for me. Dylan McDermott plays one of the main character and is obliged to walk round semi-naked an awful lot. Surely I don’t need to go on? That’s enough to make me watch.
It’s the story of a couple experiencing marital problems who move to L.A. only to find they’ve moved into a murder house which is beyond sinister. It reminds me of “The Shining” crossed with “Rosemary’s Baby” crossed with “Halloween”. It’s terrifying to watch and is very cleverly written. The house itself is a stunning place with art deco and arts and crafts features and is almost a character in itself. Jessica Lang stars as the creepy neighbour and her performance is impeccable, augmented by her creepy appearance, due (I think) to a lot of misguided surgical adjustment.
A hot man walks around semi naked, there’s a scary sub-plot about a gimp mask and it’s hideously scary. What more can you ask for?
Films
My Week With Marilyn
I wasn’t at all tempted by the premise of this film. I thought that on paper it sounded really cheesy to have an actress mimicking Monroe. I imagined it’d be a dull film that was a bit tacky and couldn’t see the point of it. I was totally wrong. It was amazing, well written and paced. Michelle Williams gives a fantastic performance as Marilyn, evoking vulnerability mixed with a fragile egotism and a manipulative nature. The ensemble cast is brilliant. The film reminded me of the best qualities about British cinema and why I love it. Definitely, definitely see this film.
Posted by C at Wednesday, December 14, 2011