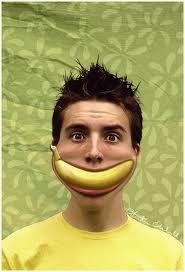 I really mistrust false cheerfulness. I hate that notion of smiling your troubles away and bombarding them with positive thoughts will banish any darkness and gloom. It’s a pervasive trend, one which is endemic in our culture now. If I was on the deck of the Titanic I wouldn’t be smiling to myself and thinking about the positive side of things. I’d be preparing to drown and be rather miffed about it all. I also wouldn’t carry on playing a cello but that’s a whole other issue.
American author Barbara Ehrenreich was unlucky enough to develop breast cancer and she wrote a book about the tyranny of positive thinking and how damaging she found it. She was devastated, miserable and daunted by what lay ahead of her with this horrible illness and a battery of gruelling treatments ahead. She felt miserable and unhappy, which is a normal emotion, part of the grieving process which we all go through when we lose something or things take a bad turn.
Barbara found that she was discouraged from feeling bad and was criticised and bullied because she wasn’t being positive about it all. She was encouraged to call herself a survivor rather than a victim. She was encouraged to embrace her diagnosis and look at the positive aspects of it. She understandably struggled to find any, as most people would. The whole experience was devalued for her and she felt inspired to write a book about how derogatory the pressure to think positively was for her. She was criticised and over ridden by friends and family, the pressure of media articles and by the community of cancer sufferers she encountered in America.
Positive thinking is a trend which pervades all culture. There are numerous self help books which extol its virtues ad-nauseum, Facebook groups that post pictures encouraging you to banish negativity and hordes of people telling you to make your bad experiences into good ones by changing the way you think about them. I loathe this. If I have a bad time, then like Barbara, I want it acknowledging. I want to be allowed to feel miserable about it. It’s a normal process to feel unhappy sometimes and it’s unhealthy to suppress it. I don't want to become morbidly obsessed with only having good thoughts and made to feel I'm at fault for not being positive enough if it all goes wrong.
I honestly don’t believe that telling yourself that having your leg amputated in a tractor accident was a valuable experience because it made you re-evaluate your priorities is healthy. You need to feel a little bit cross about your one legged condition, mope a bit and then start to adapt. You shouldn’t feel obliged to turn tragedy into a defining moment from day one.
Life can be pretty shitty and feeling bad isn’t nice but sadly, it’s part of the whole experience. Lying doesn’t help anyone. I can stare in a mirror for hours on end and tell myself I’m a 20 year old but actually I’m not nor ever will be again. Value your experiences good or bad and cut the phoney guff. It’s insulting and repressive.
Posted by C at Thursday, January 05, 2012