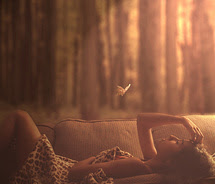 Lying in bed till midday, listening to gloomy music, dressing in black clothes: aren’t these all signs of being a normal moody teenager? What makes me think I was depressed and not just going through a stage of life?
For me, being a teenager in the late 1980s was a difficult time. I was bright and doing well academically, had a few close friends and lots of interests but spent large portions of time veering between searing anxiety and black moods. By the time I was 15 and sitting my O-Levels I was a complete mess. I was doing all the things lots of teenagers did but for me this apparent conformity to the norm was masking a deep seated unhappiness and a protracted depressive episode which changed the course of my life.
I’d always been a happy child, anxious and nervy at times and over eager to please but essentially cheerful. Years of mild bullying at school had left me edgy and wary of people but I was self contained and happy alone in my room reading and listening to music. I had a troubled relationship with my parents and they didn’t approve of me growing up gay which made mealtimes tense but endurable. I was essentially very bored with life. School didn’t engage me; the lessons were easy to follow and left me feeling caged and claustrophobic. I was an inveterate clock watcher, wishing life away.
By my mid teens I stopped eating so well, started sleeping more, avoided people and thought about dying a lot. It wasn’t so much that I was miserable but more that there was a total absence of anything. I felt no pleasure and found nothing inspiring or compelling. The books I usually loved stopped exciting me, TV didn’t appeal and life held no meaning. I couldn’t visualise a future, just a continuum of grey dull days where I didn’t quite know where to put myself or where I wanted to be.
I stopped studying at school, often skipping lessons so that I could sleep, scraping through with the minimum of work only. I took to stealing sleeping pills from my parents, taking them at 9am after a good night’s sleep so that I could sleep through the day and not have to face anything.  I discovered cigarettes and drinking alcohol as ways of distraction and oblivion. I paced with anxiety, stared at the wall beside my bed and secretly hoped that some disease or accident would carry me off so that it would all end.
Naturally, this was labelled as “teenage moodiness” by everyone around me. No one asked what was wrong or even assumed anything was. I was just being “normal”. What teenager doesn’t sleep a lot and experiment with abusing substances to some extent? Isn’t it a rite of passage?
It passed eventually but the ensuing years were hard and my depressed mood and ever plummeting self esteem led me to make bad choices in life. I abandoned my place at University and a promising academic career and entered a relationship with an unsuitable older man: not such sound choices in retrospect.
Things could have been different and life could have been much easier had there been some recognition of my condition (even by myself) and that my depression went beyond what was considered normal. Depression can eventually pass untreated and my life has turned out well in spite of the interruption of a few years of moderate depression but at a cost. I can’t help but think that if I’d had even something as simple as a professional to talk to then those years would have been less painful and less burdensome and maybe the pattern of episodes of severe depression that followed in adult life may have been circumvented.
Posted by C at Tuesday, January 31, 2012

I still have my moments too. x