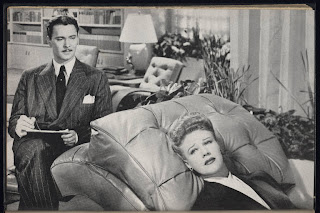 I’ve always been a prolific dreamer. Not daydreams or optimistic fantasies. I seem to have lost the ability for that as I get older and more haggard, but night time dreams. As a child I was known for my night terrors. I’d often wake up to find family members looking at me oddly, only to realise that I was sitting up, staring blankly and screaming loudly.
The dreams carried on through my teenage years and I’d have fantastic complicated nightmares which rambled on and on. The screaming carried on too and I’d wake up startled and clammy, knocking over lamps, water glasses and even snapping light switches as I violently pulled on the cord over the bed. Partners often found this disconcerting. I can’t imagine why. It can’t be that bad to sleep next to someone who wakes up, sits bolt upright like a heroine in a Victorian horror story and lets out a blood thirsty screech, can it? The thing that seemed to always annoy people most was that I’d then instantly go back to sleep whilst they were left awake and puzzled.
I carried on dreaming throughout my twenties: recurring nightmares, fragmented nightmares that would carry on when you went back to sleep, realistic dreams and fantastical ones too. The advent of going a bit madder in my late twenties bought with it prescriptions for anti-depressants with labels warning that they could cause vivid dreams. I already had those didn’t I? That didn’t seem like a worry. I was more concerned about the warnings about increased sweating. I didn’t want to ruin my clothes.
The dreams, however, became more vivid. Now they were Technicolor, absurd and often relentless and initially I’d wake up exhausted and bewildered wondering if they were dreams or reality. I learnt to keep a clear bedside table. My partners learnt to dodge and to sleep with one eye open, prepared for the shouts and yells and on a few memorable occasions for me jumping out of bed and running out of the bedroom in blind panic. Paul commented on me smoking in my sleep recently. I apparently sat up in bed and smoked an invisible cigarette, taking long drags and flicking imaginary ash into my cupped palm. It kept me happy. There’s worse things I could have done.
It settled down in time but I still have nightly dreams. Rarely a day occurs when I don’t remember a dream suddenly at some point during the day. The first coffee of the day is also a time for me to trash the previous night’s dreams. I hate in when people say “I wish I could recall my dreams.” Be careful what you wish for. If I could give them mine I would.
The issue is that my history of vivid dreaming has left me with no interest in other people’s dreams. I think dreams are the brains way of burping or vomiting when it gets too full. They’re about as interesting as a plateful of vomit too, mostly. An example: I dreamt about a stranger who was on fire in my kitchen last night. He was burning his own head on the gas ring and staring at me and as I tried to turn off the cooker more rings came on and he burnt more. It was quite terrifying but essentially very dull and easy to evaluate. Whilst cooking my dinner I’d accidentally turned the wrong gas ring on twice before hitting on the right one. That tedious fact lodged in the gullet of my brain and I hacked it back up in the night. Sadly my twisted brain decided to add a scary man’s head to the scenario but it would wouldn’t it? I think he was a character from a creepy novel I’d been reading just before I slept.
When people tell me in detail about a dream it’s hard for me not to develop a glassy eyed stare and drift off. If a novel has a dream sequence I skip it with a yawn. I feel cheated if a filmmaker rolls out the weak device of it all being a dream and count myself lucky that I didn’t ever watch Dallas on TV or I’d have been really cross when Bobby Ewing jumped out of the shower (Google it if you’re too young to remember, it’s a great example of terrible and lazy plotting).
I anticipated problems when meeting my last therapist who’s a psychoanalyst. The Freudians love a dream. The stereotype is of the patient lying on the couch and the analyst explaining that their dream about a frog meant that they secretly wanted to have sex with the newsagent. I knew there wouldn’t be a couch (it’s on the NHS) but dreaded the dream stuff. Thankfully he respects my boundaries and we rarely mention them. If it does crop up, I briefly outline one and then mark him out of ten when he interprets it. He generally gets above a six and doesn’t seem to mind this. We get along.
Posted by C at Thursday, March 22, 2012

I use some of my vivid, detailed dreams as a source of writerly inspiration. Though I have to admit I would be hard pressed to know how to include gas stoves and incandescent stares.