Ramblings: The Boy in the Bubble 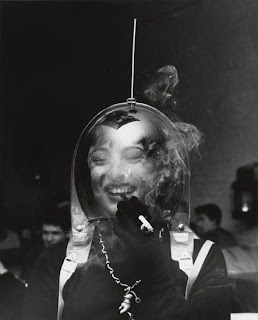 Its that time of year when I remember that I have hay fever. I always forget about it and always expect that this will be the year I’ve outgrown it. I’ve been expecting this for 30 years. I never outgrow it. It only last a few weeks, is nowhere near as horrendous as when I was a teenager, but it’s still a pain.


As a child I would spend the months of June and July with an itchy throat, swollen eyes and a runny nose. It used to drive me insane. On the plus side, it did give me an excuse to stay inside and read. I also discovered later that this excuse could be extended to sports lesson. I would get my mother to write a note in May stating that I would not be able to go outside until September as I had severe hay fever and this sparked off asthma. This was of course a major exaggeration but no one can argue against the note from a mother.


I once went for allergy testing as my hands kept getting itchy and bleeding. It turned out that I didn’t have a latex allergy (phew) but just washed my hands too much. The nurse applied a control substance to check for a response and my arm swelled up to mammoth proportions. She was very impressed. Apparently I have an amazingly good histamine response, which conversely, is bad.


In the mid nineties, the stress of qualifying as a nurse used to make me come out in random hives on my face. The busier the ward, the worse the shift, then the bigger and redder my facial lumps got. A friend used to go on hive-watch and started calling me the Boy in the Bubble. She advocated that I was allergic to so much stuff that I should live in a giant hermetically sealed bubble. That sounds like bliss.


I hate this modern trend of thinking you’re allergic to anything. I don’t believe half of them. If people tell me they’re allergic to gluten I’m not generally convinced until they show me a lab report of their celiac serology. It’s often affected nonsense.


Although I scoff at others for being precious I’m allowed to have a list of drugs, foods, substances and animals that send me off on one. It’s one rule for them and another for me, of course. I reacted badly to two anti-depressants and ended up with a strange syndrome where my serotonin levels were so high that I couldn’t sit still at all and had to be sedated. I developed total insomnia for two nights after taking a simple painkiller. I get migraines if I so much as look at all the migraine trigger foods (chocolate, red wine, monosodium glutamate, Cola, citrus fruits and strong cheese). Certain breeds of dog make my face swell up and my hands and neck itch like crazy. Excessive amounts of fruit make me come out in huge itchy lumps on my legs and abdomen. Certain aftershaves bring me out in blisters. My favourite allergy of all is pine trees. I’m literally allergic to Christmas. One brush against a tacky old Christmas tree and I’m scratching until dawn.


I spent half my childhood being painted in Calamine lotion. I thought it was normal to have powdery white stuff coating your body. Maybe it is if your life is one long Bukake party. I never went anywhere without my inhaler or Piriton and thought it was pretty standard to spend a lot of time with a wet flannel on your forehead.