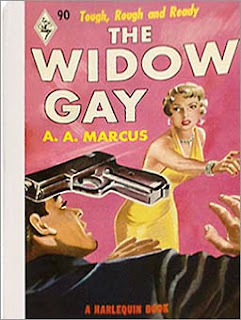 My friend and I passed a huge rotting of fading flowers in the street the other week. There were the usual mawkish notes and grainy photos pinned on the wall. We both looked away instinctively and didn’t utter a word about it. We weren’t horrified that someone had been killed. We’ve become quite immune to that.


My best friend, work colleagues and Paul have all been given a task to perform should I die. The task to be completed as number one priority by all is to remove any flowers and things from the place where I die. I strongly suspect that I’ll die in some hideous accident due to my innate clumsiness so I don’t want attention drawn to it. I also think that these roadside shrines are kind of tawdry and messy. They get in people’s way and I so hate a wilting flower. If I have flowers in the house they only have to so much as start to look a bit sickly before they’re tossed in the recycling bin. I’m also not too keen on tea lights and soft toys. I like an antique bear but if you’ve gone one of those and leave it on the pavement round here it’ll be gone in no time.


Paul has a special job should I lapse into a coma. He’s in charge of the pubic topiary. If I’m lying on a bed in Intensive Care surrounding by bleeping machines, I want to maintain a nice tidy growth. I want regular nasal hair trimmings, smooth ears and a daintily tended garden of hair. I also want nicely ironed pyjamas and a lot of cologne. A picture on the bedside locker would be nice too so that the nurses have a frame of reference and know what I looked like before and after the juggernaut smash.


It’s a horrible thought, loss of control. The idea of losing control of how you appear to the world horrifies me. More importantly the idea of having choices made which wouldn’t have been yours is even worse. The thought of someone arranging a religious funeral for me fills me with rage. In fact, the thought of a funeral fills me with rage. I don’t want one at all. Not even when I’m dead. I despise them.  All the funerals I’ve attended have felt dull and empty to me. I’ve never gained anything from them. I even found my own father’s funeral really tedious and pointless. He was already dead. I’d known that for three weeks. It certainly didn’t help me to go through a long winded and dull church service. My current plan is that my body goes to medical science or failing that a no frills Tesco Value funeral in a bin liner. Sorry to disappoint but it’s one party I won’t be inviting you to.


I suspect some might think that I’m morbid for even thinking about these things but I call it pragmatic. We all die and we all need plans. We also need to communicate them. It’s kind of tricky when it’s too late. I’ve sorted out a will but some of my requests (e.g. no roadside shrine and a neat parting in my hair) are hard to enforce. Hence I’m telling you lot. Make a note!
Posted by C at Tuesday, August 07, 2012