Ramblings: No One Loves a Fairy When She's Forty 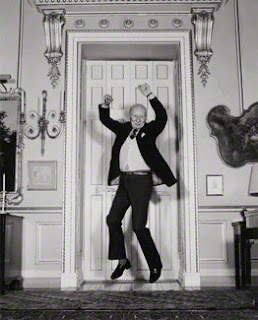 I always dreaded ageing. I cried upon reaching 25, thought hitting 30 would be the end of my life and 40 felt like an impossible milestone.

I was actually pretty certain that like a lot of my A-list celebrity idols, I would have burnt out long before I hit the fourth decade. I tried hard with generous slugs of vodka and copious cigarettes but I’m still here.

The funny thing is that I actually like it. I’ve gained a few scars along the way but the advantages outweigh the disadvantages. O.K., so I have a daily running battle with my ear and nasal hair and the hair on my crown grows thinner by the week. At least I don’t have to follow fashion so ardently. I actually don’t have to go through the tricky logistics of wearing trousers that start below my buttocks. I don’t have to wear things that stretch gaping holes in my ears. I can get away without having to squeeze myself into uncomfortable and unflattering fashions now. I can actually wear what suits me. Yes, I am growing old with a little bit of grace.

The most important thing about getting older for me is that I’ve learnt what I like and am no longer willing to waste loads of time on tedious things. I now know that weddings usually bore me senseless and have learnt to decline the invitations. I always say that I’ll go to the next one. If people bore me, I move on. I no longer have that desperate clamouring I once had to have people around me all the time, regardless of what their qualities are.  If an activity doesn’t appeal, I don’t feel the need to indulge. I just say “No thank you” and do something else. It’s the same in relationships. I wouldn’t put up with things in my 40s that I did in my twenties.

There’s a benefit to all my grubby history. I’m not sure I believe in the adage that whatever doesn’t kill you will make you stronger. In most cases, traumatic experiences just made me more messed up and more cautious in the future. There is a benefit to heartbreak, mental turmoil and angst though. They make you more useful to other people when they’re in crisis and give you material to write about too. I like that I’ve lost my black and white view of the world. Life is much better in greyscale.

I always thought that being older would make me totally unattractive. I look back on pictures of me in my twenties and see someone who was more gauche and uncomfortable with himself. I might have had less crow’s feet but I wouldn’t have looked you in the eye.  I might not have grown up to be prime older man totty but being happier with who I am definitely makes me feel more attractive. It’s all about the confidence and knowing your style. Naturally my bedroom repertoire is wider now. I just like to do it all a little earlier now and without the need for intoxication.

People surprise me when they say that inside they still feel like teenagers. I definitely don’t. I feel better than I did aged 16 and pity anyone who doesn’t. Being young can be bloody hard.  I say embrace the older version of you. It’s coming at you anyway. You might as well grow to like him or her.