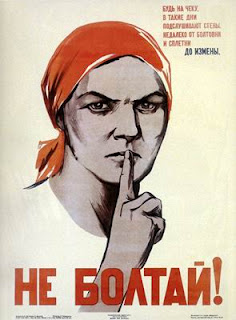 I suspect that I’ll die in a shushing incident. Someone will take exception with me for telling them to stop talking during a film, eating noisy crisps during a play or playing music out loud on a bus on a tinny mobile phone. They’ll draw a knife and I’ll be done for. Of course, I’ll then become a Saint. Beatification will beckon and I’ll become the Patron Saint of Good Manners. My house will become a shrine and people will come to lay their hands on my cravats and polish my china poodles for hope of an endowment in the form of a Blessing of the Manners. Paul will sell tastefully painted knick knacks.


Damn. I’ve just looked on Google and there are already several patron saints of manners. There’s always someone in the 16th Century who got there first. Apparently, I also have other certain unsavoury qualities which exclude me from sainthood, but hey ho.


I love shushing. It’s become my mission. I was delighted to read that at a cinema in London they now have a set of volunteers who act as theatre ninjas. They stalk the cinema waiting for people sending text messages, talking or eating loudly and dive in and shush them. I want this job.
Recently I saw an incredibly dull film. It left me unmoved and dragged limply towards a dull finale. During the film three middle aged woman were sitting two rows in front of me. They seemed matronly, respectable and well to do but had very poor manners. They talked at normal volume throughout the film.


I accosted them afterwards in the foyer: “Hello. I’m very sorry to trouble you but I wondered if you’d realised that you were talking all the way through that film? It’s quite rude.”


Bossiest of the three: “No we were not.”
Me: “You were.”
Woman; “We were not.”
Me: “Well, the thing is, I’m not psychic at all. In fact, I don’t believe in that stuff. I do however know that you recently had some surgery on your womb, your daughter is about to get married and you’re mum hasn’t been too well. Explain that one?”


She couldn’t. I shall continue with my mission.
Posted by C at Friday, September 28, 2012

my husband is a shusher. I know when he is about to do it. I cringe and die inside and want to tell him to stop but the other side of me is whoop whooping him and feels very proud. He is a police officer so he always makes them feel well and truly told off!!