This month, the website which I write for is featuring articles and personal stories about coming out. Having always been a fan of reading, I navigated my way through my teenage years by devouring as much gay fiction as I could. It made me feel affirmed and like I belonged. It’s always good to know it’s not just you. Here are my top ten “coming out” novels: 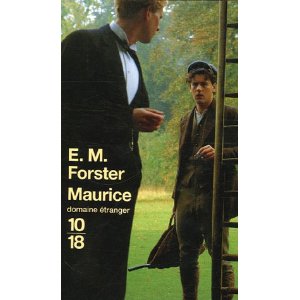 This is one of the original classic gay novels. Written around the time of War World I, it’s never going to be a smooth sailing when Maurice discovers that he’s gay in a world where homosexuality is illegal and considered a perversion. It’s a beautiful story, though, with some gripping moments. 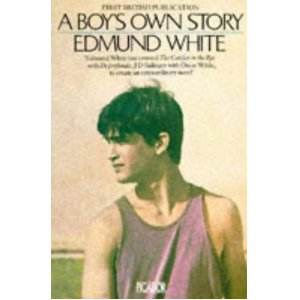 This literary masterpiece from 1986 outlines the coming of age of a young gay man in a tender and well written account. The writing is lyrical and moving with an evocative and fascinating story.

3)     Running with Scissors by Augusten Burroughs: 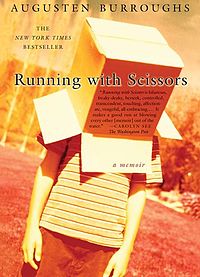 This is a coming out story with a difference. Burroughs’ childhood was far from usual. He grew up with an alcoholic father and a mentally ill mother, ended up being adopted by his mother’s psychiatrist and his eccentric family and had a relationship with a 33 year men whilst in his early teens. Memoirs don’t get much more compelling, brutal or funnier than this one, thanks to Burroughs’ comical take on his life. http://www.amazon.co.uk/Running-Scissors-Memoir-Augusten-Burroughs/dp/1843541513/ref=sr_1_1?s=books&ie=UTF8&qid=1347107448&sr=1-1 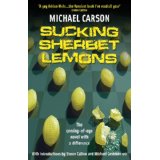 Young Martin Benson is a teenage boy who’s gradually coming to terms with being gay in a predominately Irish catholic community in the late 1950s and early 1960s. It’s a humorous and touching book of a boy’s dilemma between the joys of discovering gay sex and the guilt instilled on him by a religion that labels him as sinful. It’s is also the first of a trilogy which goes on to follow Benson as he navigates his way through life. 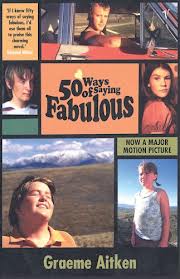 Billy is a young boy living on a farm in New Zealand. He’s not quite cut out for farm life and spends his time imagining he’s Judy from “Lost in Space”, fumbling with a friend and lusting after the 19 year old farm hand. It’s a very funny and entertaining read. http://www.amazon.co.uk/Fifty-Saying-Fabulous-Graeme-Aitken/dp/074725298X/ref=ntt_at_ep_dpt_3

6)     Someday This Pain Will Be Useful to You by Peter Cameron: 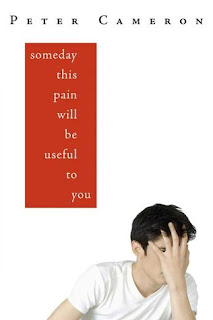 James is a misfit and in discord with his surroundings and fractured family. Caught in a limbo between leaving school and starting university he feels adrift. His psychiatrist is driving him more insane and his crush on a co-worker is getting more than he can manage. This is an above average account of the pain and confusion that sometimes accompanies being a teenager. http://www.amazon.co.uk/Someday-This-Pain-Will-Useful/dp/0312428162/ref=cm_cr_pr_product_top 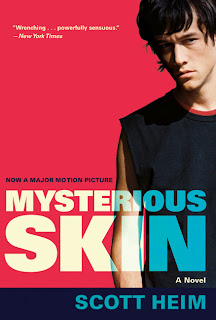 This is a dark and at times disturbing read. It’s a coming of age novel but with a twist. Brian is a guileless innocent and forges an unlikely friendship with savvy cynic and part time male prostitute, Neil. The novel is fast paced and at times shocking as the two move towards a conclusion which causes Brian and Neil to re-evaluate their shared  past. http://www.amazon.co.uk/Mysterious-Skin-Scott-Heim/dp/0060841699/ref=sr_1_1?s=books&ie=UTF8&qid=1347108912&sr=1-1

8)    A Home at the End of the World by Michael Cunningham: 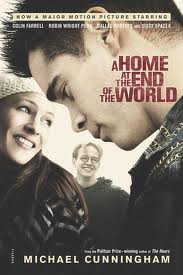 Pulitzer Prize winner Cunningham has created a moving account of the extraordinary situation which Bobby, Claire and Jonathan, three friends and lovers find themselves in. The book explores how people manage to find a place for themselves and is an accomplished piece of work. http://www.amazon.co.uk/A-Home-at-End-World/dp/0241954533/ref=sr_1_sc_1?s=books&ie=UTF8&qid=1347109241&sr=1-1-spell 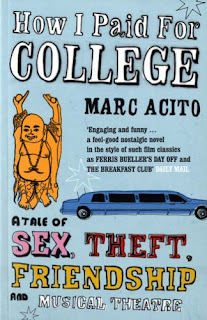 This camp tale is reminiscent of a 1980s teen movie but with a musical theatre loving cast of misfits and a gay main character. It’s a light and funny book with lots of tongue in cheek moments and an amusing storyline. http://www.amazon.co.uk/How-Paid-College-Friendship-Musical/dp/140880221X/ref=sr_1_1?s=books&ie=UTF8&qid=1347109542&sr=1-1

10) Terre Haute by Will Aitken: 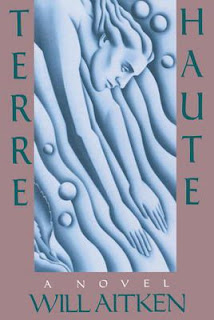 Email ThisBlogThis!Share to TwitterShare to FacebookShare to Pinterest
Labels: a boys own story, coming out, Edmund White, fifty ways of saying fabulous, gay fiction, mysterious skin, running with scissors, scott heim, some day this pain will be useful to you