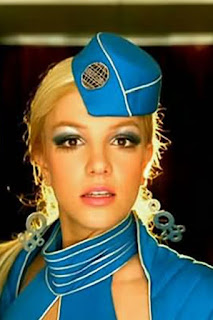 I was diagnosed with relapsing remitting multiple sclerosis in 2020 and instantly looked for reassurance online. I’m a social media addict. When I’m too fatigued to leave the sofa then falling into an Instagram vortex will pass an hour pleasantly. I might be confined to my flat but there's a window into the world and a way of reaching out and connecting with other people, even if there's no one else with me. My first port of call was to look for accounts of other people with MS. I was looking for some representation of the illness, hoping to see people who were going through things that I was and find comfort, support.

The first account that I found had the word ‘warrior’ on it. The person had described themselves as an ‘MS Warrior’ as  did the next and the next and the next. The word surprised me, conjuring up images of Xena, the Warrior Princess, in her leather bodice or some Spartan with a sword. Violent images of battles and bloodshed. I found people who described themselves as being ‘blessed’ by their MS or ‘lucky’, things which I didn’t, and I suspect never will, feel.

The narrative of being a fighter suits some people but it’s not for everyone. It might be empowering for you but for me it feels disempowering. Can I call myself a ‘warrior’ who is fighting MS when there are days when I’ve sat down and cried? Am I a fighter when I’ve been so fatigued that I can’t get off the sofa? Or am I not allowed to do that? I’ve just got to keep fighting? Be engaged in a perpetual war? For me, labelling myself as a warrior would feel like a form of toxic positive thinking that would be reductive and restrictive.

American author Barbara Ehrenreich was unlucky (yes, I dare to say that developing cancer is not a gift, internet 'warriors) enough to develop cancer and she wrote a book about the tyranny of positive thinking. She was devastated and daunted by what lay ahead of her. She felt sad, which is an expected emotion, part of the grieving process.

Barbara found that she was actively discouraged by people around her from feeling bad and was criticised and bullied online because she wasn’t being positive enough. She was encouraged by the online-community to call herself a survivor rather than a victim. She was told to embrace her diagnosis and look at the positives. She understandably struggled to find many, if any. The experience was devaluing for her and she felt inspired to write about how derogatory the narrative of thinking positively was for her.

Of course not. The truth is much simpler. They’re victims of chance, ravaged by a disease that can be crueller for some than others. The positive labels we give ourselves can turn around and demonise others.

This is just my opinion and I’m not saying stop. What I do I say is call yourself whatever you want to. Whatever makes you feel happy. Just be aware that these labels might drag you down one day. You don’t have to always be ‘a fighter’. You're more experience is multi-dimensional. Sometimes you have to accept, go with what you’ve been given and move forward as best you can. Sometimes we have to grieve, feel angry or depressed. It’s part of being human.

In the meantime, I’m processing my emotions and dealing with my disease. Just don’t expect to see me wielding a shield. I’m the one at the side-lines of the battle, getting on with living.