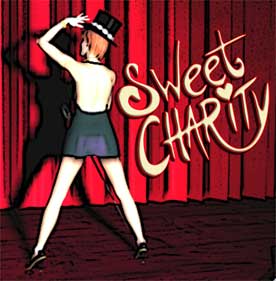 I think I may be missing a gay gene because I generally can't stand musicals. I also loathe Kylie Minogue and think glitter should be listed under the Controlled Substances Act, but that's a whole other story. (Interestingly, Minogue comes up as "Minge" on my spell check).

I can't bear any of those terrible cheap money making ploys like "Mama Mia" or "We Will Rock You", where some ageing capitalists cobble together a weak story around a few bad songs that people feel misplaced nostalgia for. I almost came out in a rash due to a schmaltz overdose during the terribly weak "Miss Saigon". I always nod off during "The Sound of Music" and would like to get a law in place against Lloyd Weber. I can cope with "West Side Story", at least there are some cute boys and the dancing is impressive. I've never got further than 15 minutes into "Singing in the Rain" though. It makes me want to hurl.

There are some notable exceptions though and there are a few musicals which I adore with a passion. You'll maybe see why.

The first is "Cabaret". Slinky dancing, loads of twisted gays and a song about threesomes, all set against a back drop of the rise of Nazism. Ideal! What's not to like? I'm not keen on the film though, too much soft focus and casting Liza Minnelli was a travesty. Sally Bowles is meant to be an Upper Class English girl. That's how Christopher Isherwood wrote the character in "Goodbye to Berlin" so why change it?

From the same stable comes "Chicago". What's not to adore about a funny musical where hot men dance about in tight clothes and jaded women sing about killing their men folk? That's more my thing than a sickly love story.

Lastly, I like Stephen Sondheim. I like wordiness. You may have noticed that I have a lot to say and so does he. He crams hundreds of words into crowded little numbers and his wit is immense. He writes lyrics which capture the human condition in all its seedy and perplexing glory. Classic stuff. Just don't expect me to applaud anything where they say "Let's do the show right here!" and dance in a cafe. Eurgh.