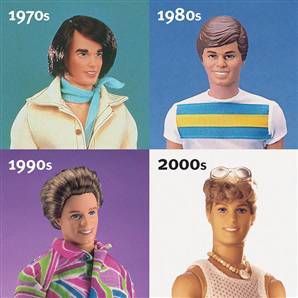 A woman walks up to me holding a duvet cover in front of her. "Do you have a duvet cover with a pink snatch on it?" Being 18 and of a slightly giddy disposition, I can't ignore the innuendo of this and laugh in her face. "Snatch" is an inappropriately named cartoon dog and the poor lady wants the bedding set in pink, rather than blue. I'm in the manager's office again later that day.
It was 1989 and I needed a job. I had a string of good O levels; some failed A levels and a forgotten place at university behind me. I was living in a rundown bedsit in the centre of town with my hard drinking boyfriend and times were tough. I needed to find a job, as getting by on benefits wasn't going to keep me in cigarettes or paperbacks. I'd worked in a shoe shop whilst I was at school and hated every minute of it. People's smelly feet and their dictatorial demands for different sizes and styles, which sent you running up and down the stairs to the stockroom all day, drove me insane. The standing around looking helpful and trying to flog overpriced polish to meet your targets didn't exactly thrill me either. I didn't know what else to do and the thought of a food related job made me instantly queasy. I'm not good in heat either. Bar work had zero appeal as I hated drunks, although ironically, I was living with one.

I set about trawling the shops and soon got offered a temporary job in Woolworths. They had a separate shop where they sold toys, sweets and children's clothes and offered me a position there. I hated children but the lure of cash, free pic n mix (unauthorised free pic n mix) and toys made it appealing. You got a free pair of polyester trousers too.

I found I actually could bear the job, which was perhaps a good job as I stayed there for four years before starting my nursing training. The shop was split into two, half clothes, half toys and sweets and was staffed almost exclusively by middle aged women and teenage girls. It was the 80s and the chav hadn't been invented yet, we just called them a bit rough. I was youthful and cheeky and the middle aged women took to me and I soon found my level chatting away with them about their wayward husbands and the price of Daz. I could also talk to the younger women about boys and bad music. We listened to bad music all day too as the hits of the 80s tapes were played on a loop. There were three tapes.

I was plonked on a till which initially, I would mess up, on average, about once every 15 minutes. I quite enjoyed the till though and soon became a master at it and within a couple of weeks had memorised all the 4 digit codes which you had to enter. I was pretty amazed by how invisible I suddenly became, how people wouldn't even look at you as they paid. The rudest person I ever served was a local actress who later became famous for breaking a rib during rough sex, having disastrous cosmetic surgery on her lips and moaning about the NHS a lot. If this was karma for being rude to shop assistants then she got a bad deal.

My favourite customers were the old ladies in sturdy shoes and shabby old hats. They'd come in reeking of old fashioned cologne and turf five pound notes out of their dusty purses, looking for jigsaws and bears for their grandchildren. Naturally, I got in trouble one day when one of these ladies approached me and said loudly "Do you have any balls?"

A boy came in every day, aged about 18, who had some kind of mild learning difficulty. He'd come in on his way home from his special school or daycentre and sit on the carpet, playing with the Matchbox cars and babbling under his breath. I'd always talk to him and he took a shine to me and saw me as his friend. Sadly, it was too much of a shine and I had to keep my distance after he sneaked up on me and fondled my arse. Instead of "Brrm, brrm" he said "Mmm mmm" that time.

The manager of the shop was a plump greasy man who would arrive late every day and instantly go and drop the trousers of his very shiny suit and do a loud bowel movement in the staff toilet. He'd then comment loudly about what he'd eaten the night before in order to occasion such malodorous stools. His deputy was a lovely woman, short and the wrong side of 50. She worked like a dog to support her agoraphobic husband and wayward family and didn't appear to know that the letter "H" existed.

The shop had a series of toy cars and tractors which children could ride around on and this was a total liability. I often had bruised shins and a forced grin on my face as I held back the murderous thoughts. School holidays were hellish, Christmas was carnage and Easter wasn't pleasant. I was often to be seen grimacing and wondering why children couldn't walk and look in the same direction and why they couldn't be more like adults.

I was put in charge of pic n mix, "girls" toys and videos. I took this all very seriously and ensured that I regularly tasted all the sweets. I was usually either coming up or down from a sugar overdose at any given time of day. Eating the sweets was heavily frowned upon and we all tutted and muttered when a fat Saturday girl was sacked for stealing mini chocolate bars, but we all did it anyway, just more discretely. I was very serious about the toys too. I was very territorial over my displays of Sylvanian Families and my Barbie section was second to none. She always had the full range of frocks in stock and Ken was always neatly lined up beside up her in his trunks or wedding suit. I can't imagine he consummated the marriage, by the look of him. He was dubiously camp.

We were very popular with shoplifters. This was partly due to the fact that we were the only shop in town that had children's shoes on display in pairs. Clever move, we lost hundreds a year. I was staggered by the audacity of people who stole and by the range of social classes. There was one woman who we called Cleopatra because of her heavy eye makeup and severe black bob. She would come in with bin bags and strip a shelf in seconds. She had some talent, if a little misplaced. I quite admired her skill.

A regular couple who came in with theft on their mind were a mixed race pair. Every time you spotted them you had to go and stand by them and follow them round. They always left once spotted and sauntered merrily out of the shop, casually dropping the items from beneath their coats and shouting "Bye Bye Battyman!" I'd shout back "See you!" thinking it was a term of endearment.

I got promoted to supervisor after a year and was apparently, the youngest Woolworth's shop supervisor in the country. I hated the job even more from therein. I had to open the shop up in the mornings, close at night and had to work every Saturday. Saturdays were terrible as the shop was staffed entirely by casual staff who were usually clueless 16 year old girls who talked too much and chewed gum on the tills. I'd spend the whole day answering bells as they repeatedly messed up the tills. Balancing the money at the end of the day was torture too.

I got offered a course to fast track to be a shop manager and the idea horrified me. I was there temporarily, yes, I was almost the longest serving member of staff (except the deputy manager in her crimpolene suit) but this was a stop gap. It was definitely temporary. I didn't want to become the seaty rotten boweled manager, reading the Sun in his windowless office all morning and counting down the hours till closing time. Nor did I relish the thought of becoming the deputy, lined and knackered and permanently bored with life. My inspiration to leave came with a girl called Emma, a nervous red haired girl with an English Literature degree who'd left teaching after an early nervous breakdown and was now working on a fast track management scheme. We bonded quickly, talking about books and she helped illuminate for me what a dump the place was and how mind numbing it all was. She hated the place as much as me and urged me to get out. I don't imagine she'd have lasted long herself but she was moved to another shop and I never found out what became of her.

I did leave after 4 years and started my nurse training and it was like a weight off my shoulders. I'd become almost institutionalised to the place. I missed the sweets though.
Posted by C at Sunday, August 07, 2011

Email ThisBlogThis!Share to TwitterShare to FacebookShare to Pinterest
Labels: Woolworths

Great read chris. Rather funny too! Can picture everything you write about here which is great!

Thanks, Lewis. I enjoy writing, it's my new therapy. I've been through all the other types. Ha ha ha.