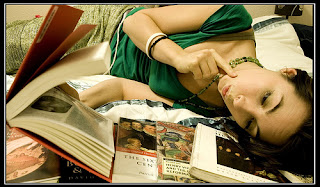 I read a lot, some might say too much. I’m happiest cloistered in my bedroom, propped up on a bank of pillows with a good book and a strong coffee. I tend to get through a couple of books a week on a good week. I also spend a lot of time seeing theatre when I can afford it and I love cinema (as long as I’m not sitting near the incessantly talking woman. I usually am sitting next to the incessantly talking woman). Consequently, I come across a lot of dross, bad novels, weak films and dodgy plays. I’m not however interested in giving bad reviews so I’ll concentrate on just a few of the things I’ve loved this summer and share my views and hopefully encourage you to like them too. It’s good to (over)share. I’m hopeful that you find some things here which you might love too. I’m also hopeful of avoiding pretension and sounding preachy. I’ll try hard not to and hope I can share some stuff that you’ll like.
Books
“A Visit from the Goon Squad” by Jennifer Egan

This novel is written almost as an interlinked series of short stories with a set of characters in common, travelling backwards and forwards in time. The characters tend to be self destructive and messy (i.e. easy to identify with) and are exceptionally well drawn. There’s a setting within the music industry, which I found interesting too. The style is edgy and dark which suited my tastes. This book won the Pulitzer Prize for fiction and is definitely worth reading.

I stumbled across this book and found a real gem of a novel. It concerns three different characters and their stories: an artist in the 1950s who becomes obsessed with his male prostitute model, a young rent boy in the 1890s who becomes involved in the trial of Oscar Wilde and a man writing from his prison cell in the 1990s. All the characters had strong individual voices and the cunning writing style draws you in with its subtlety to a world that is at times brutal and sordid but totally compelling. Often when a novel has multiple narrators, there are ones you favour and ones you endure in the quest to reach to get back to the story of the ones you care about. Jonathan Kemp manages the rare trick of making you care about and holding your interest in all the narrators. In terms of gay history, these interlinked stories with thematic similarities, subtly teach whilst entertaining. There’s a discrete erotic thrill throughout the book with an undercurrent that is often more implicit than explicit. I’d recommend this book to anyone. It’s one of the best gay themed novels I’ve read in many years.
“Role Models” by John Waters 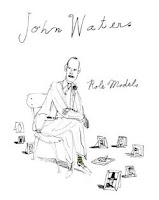 I don’t read much non-fiction but this book was too tempting to resist. I loved John Waters’ films and his subversive humour thrills and amuses me. What’s not to love about the original “Hairspray”, the scratch and sniff film “Polyester” and the amazing “Female Trouble”? This book is a real treat. It’s more a memoir than an autobiography, with him focusing on people he views as role models. As you’d expect, they’re not standard role models and he describes a motley collection of people including Johnny Mathis, an aggressive lesbian stripper and an insane Christian martyr. I was lucky enough to see John talking about the book this summer. It’s a gem.
Films
My top three films of the summer are as follows:
1)      Submarine: Darkly comic tale about a Welsh teenage boy trying to lose his virginity and cope with his parents dodgy marriage and his father’s depression. I cried laughing at this film and it left me feeling uplifted. Pure genius.
2)      Jane Eyre: I went to see this with fairly low expectations. How many versions of Jane Eyre can you see in a lifetime without it becoming an over worn cliché of a story? I was very pleasantly surprised. Filmed in my native county and with a sense of the true brutality and savage romance of the novel, I loved this. Michael Fassbender is an eminently hot Mr Rochester too.
3)      Life in a Day: I expected to hate this. In fact, why did I go and see it? It’s the film where the producers compiled lots of clips sent in by people, all filmed on one day in 2010. I expected schmaltz and sentimentally but got beauty and scenes which left me open mouthed.
Theatre
http://www.sheffieldtheatres.co.uk/
The most astounding theatre I’ve seen this summer has all been in Sheffield. The Crucible theatre has proved itself a brilliant and innovative regional theatre which unlike mainly theatres in large cities, doesn’t just trot out travelling musicals and plays full of ageing soap opera stars but produces new theatre. They put on a season of plays by David Hare this year which were exceptional. The coming season is something to watch out for too and there’s some cracking stuff coming up. I’d definitely recommend taking the time to travel there if you can. Sheffield is also a lovely city to visit, with the beautiful Winter Gardens and the fountains in the square. If you’ve not been to Sheffield Theatres you’ve missed out. Sort it out!
1)      Plenty: You might have seen the film of this play by David Hare in the 80s with Meryl Streep. This was a really clever and visceral version of the play about the ennui of life after wartime and the constraints of fitting in. The Crucible’s staging of this was perfect.
2)      The Pride: This was a play about the life of three characters in 1958 and 2008. Like “London Triptych” it focused on gay themes, this time looking at sexual freedom, drawing clever parallels between the past and present. The play was directed by Richard Wilson of Victor Meldrew fame and it added novelty to see him in the audience. Pure genius and rare intensity of drama.
3)      Who’s Afraid of Virginia Woolf?: This is an all time favourite play of mine and having seen it staged several times, including a frightening performance of Martha by Kathleen Turner in London, I set my expectations fairly low. The production was, in fact, the best staging of this I’ve ever seen. The tender violence and loving hatred were captured with zeal and the play left me in tears.
Comedy
David Sedaris: If you’re not familiar with the works of David then you’re lacking something quite fantastic in your life. David writes wry accounts of his life and manages to make the most mundane situations into high comedy. His account of dealing with a mouse infestation is darkly compelling and hilarious. There’s a subtle gentility to his prose but with a discrete punch underlying this. To see him speak is a rare and precious thing. He’s a diminutive man in his 50s with a child-like effeminate manner and he stands before a lectern or microphone and simply reads his works out. Don’t be fooled. I was lucky enough to see David at Hay on Wye and in Edinburgh this year and his performances were amazing both times. Read his books, listen to his CDs and check out the YouTube clips. You won’t regret it.
Posted by C at Saturday, September 17, 2011