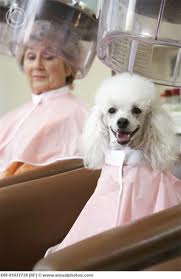 Last week I saw a tiny little man who was wearing a floral shower cap on top of his turban. He was all of 5 feet three tall, wizened and elderly and his immaculate dark suit was topped off exquisitely by a lurid 1970s shower cap. I think he was a very sensible man, it was raining after all and no one wants a damp turban all day.
I often see a man who works at the hospital who dresses as an Edwardian gentleman. He must be in his 50s and is tall and rotund. He sports a series of fetching waistcoats stretched over his ample belly and he has a huge waxed moustache which sprawls over his face. I saw him walking through the city centre one evening and he was also wearing a cape that night and carrying a sliver topped cane. I admire him and often smile at his outfits, commenting on a particular natty cravat or a dashing checked trouser. Naturally, he works in psychiatry. Where else could you get away with that look? I asked him once if he lived in a re-created Edwardian house and I was gladdened when he affirmed that indeed he did.
There used to be an elderly woman who walked around the streets with a small white poodle in a huge Silver Cross pram. He was harnessed in by his lead and would sit quite happily, yapping at passersby as he was wheeled around in style. She would merrily chatter away to him as they strolled.
I always admired a tall thin elderly lady who lived nearby. She would set out from her house with a very purposeful gait, striding briskly, head down, sending people scurrying out of her way in terror. She always wore a blue rain coat and a matching hairnet and had a full beard. She would often smile at people, revealing a lot of missing teeth, and give a jaunty wave with her hand held high. She’d shout “Hello!” at deafening volume. Occasionally she’d appear with a huge brown dog on a lead which would drag her around and she’d trot along breathlessly behind with a happy expression on her whiskery face.
I could write all night about these people. There are scores more of them in my mental bank of people I regularly see. To me, these people are rational and normal. No one wants a wet turban. They must become so heavy. Why not arrive in style in a shower cap if it keeps you dry? The Edwardian style suits a large man and if you can get away with sauntering around at work in full costume then why not? It’s fun. Poodles are unwieldy things to carry around. They wriggle so. If you have a spare pram to hand going to waste then why not convert it into a poodle carriage? I’m sure he was a good listener to as she talked away. If you struggle with messy hair and don’t have time to shave your beard then why not be proud of it? Walk along with a tooth deficient grin and shout greetings at full volume. The depilatory process can be wearing to maintain. Brazen it out.
My point I suppose, is that “normal” is all about perception. Maybe we’re the mad ones for spending time plucking stray hairs or walking around with wet hair when we have perfectly nifty shower caps to hand?
I asked on Facebook last year for people I knew to come out of the closet and admit their inner freakiness. The response was quite phenomenal. People admitted bizarre rituals, filthy habits and strange beliefs. They collected nail clippings, believed that their identical twin was better looking and were scared of sponges or wet wood. They ate inappropriate foods, had attachments to unusual items and perceived things in peculiar ways. All perfectly normal to me. It doesn’t take much chipping away at the surface to reveal a great big scary freak underneath. As for my odd habits, well, I describe them enough on here.
My definition of strange is a teenage boy in canvas shoes on a wintery day, walking along with trousers halfway down his thighs and buttocks showing. Wearing jeans with elasticated ankles and a baggy gusset which makes it look like you’re wearing a nappy, suits no practical purpose and looks pretty odd. Surely we should stop stare and point.
I think madness is to spend thousands of pounds on a huge white wedding party, inviting people you barely know to attend the protracted rituals and wasting money on a frock you’ll wear once and then look back on with blushes as the fashions change. I’m puzzled by people who watch TV constantly, celebrate Christmas with gusto, believe in holy spirits or find clowns endearing. Now that is very weird.
Posted by C at Friday, November 11, 2011

Have to admit I find even teenage clan fashions quite loveable, walking around with what can't be very comfortable trousers and pants combos to display some contorted costume and image. It's quite endearing!