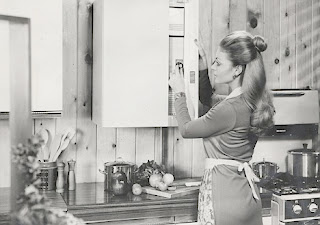 My kitchen tap hates Paul. My bathroom tap hates me. Every time Paul tries to wash up he can’t get hot water to run in the kitchen. Initially I wondered if it was an excuse not to wash up, then remembered that it’s taken me four years to work out the vagaries of the temperamental boiler. The tap has to be turned to a certain exact point before it decides to run hot. He still washes up. I just have to run the water for him.
I frequently swear at the bathroom sink in the mornings when I’m trying to shave. My waterproof radio goes on the blink and the crackling sounds annoy me. The hot water drifts in and out of its own accord and I shout vile obscenities. I’m not good in the mornings.
At least the bathroom radio works a bit. The radio in my bedroom is digital and only picks up crappy local radio where they seem to have four songs on a loop interspersed with double glazing adverts. It’s a very stylish radio though, which is me all over. I prefer style over substance or function.
My duvet cover is pure white, smoothed down and inviting until you turn it back and see the cigarette burn where I once smoked in bed (naughty I know), nodded off and burnt the duvet. The scent of light air freshener pervades yet if you open the cupboard under the stairs you’ll get a whiff of festering mould not too far removed from the smell of an old man’s trousers on a damp day on a hot bus. The house is immaculately tidy but try opening a random drawer and you’ll see a jumble of stuff haphazardly piled in.
The garden is slippy underfoot and to the novice can result in a nasty slip on a damp morning. One of the plug sockets in the bedroom is mysteriously blocked with some unknown item. I lived for two years with a cooker that had only two functional gas rings and only changed it when I was down to the little burner alone. The cooker hood and extractor isn’t even plumbed in but is always clean, which is what matters.
I’ve lived here five years and am used to the random creaks and groans, the occasional patches of damp and mould which sprout up and I know what lies beneath the immaculate veneer. I know how to work the taps in the kitchen, where not to look and that it is far from the model of perfection that people sometimes assume when they visit.
I love my house in spite of its faults. When I get in, sometimes, I’m almost tempted to press my back against the locked door and sink to the floor in pure relief that I’ve survived another day in the outside world. I often feel that I understand the joys of reclusiveness.
My house is a lot like me, not too bad looking at a first glance in a flattering light, generally quite neat and tidy but with lots of hidden mess and a lot of temperamental parts and flaws. As long as you know how to work your way round the stubborn parts and can reflect on the good bits, I can be a pretty good sanctuary too.
Posted by C at Thursday, January 12, 2012