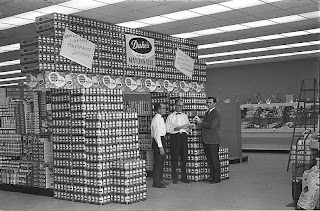 I have a friend who I’ve known for over 4 years. We get on well, share the same kind of humour and often spend time together seeing comedy or theatre. The only problem is that we’ve shared too much. No, we haven’t seen each other naked or admitted to bestiality. It’s far worse. We’ve both revealed our strange violent urges.
I often get these urges. Well, not so much urges as fleeting thoughts like the urge to shout Fanny-finger or Bottom-wrangler, I have the urge to push people over, off high things or under the path of oncoming vehicles. I’m sure some of you know what I’m talking about.
An example would be if I was walking along a road and I saw a man leaning over a bridge. I often have a sudden thought, contemplating the fact that I could grab his legs and throw him over the bridge. I would never do it, but the thought crosses my mind. It extends to inanimate objects too. On a recent trip to the Victoria and Albert Museum, I pondered pushing over a plinth with a priceless bust on it and sending the whole row toppling over like a hideously expensive Domino Rally game. I get a lot of thoughts like these in antique shops or museums. I’m a nightmare in a factory outlet shop selling china. Thank goodness no one still does those pyramids of baked bean tins any more.
Don’t get me wrong. I’m not a psychopath. If we’re standing waiting to cross the road and a convoy of juggernauts is looming down, I’ll only be thinking of pushing you under them. I won’t do it, honestly.
It’s as if my mind is thinking of all the hideous things I could do and how terrible they are, maybe as a way of not doing them. I remember in school, having urges to shout horrific swear words out loud. Luckily they were just thoughts. My life could have been very different were I to have acted them out.
The problem with me and my friend is that we both admit to these tendencies. We neither of us have much artifice. On a weekend away in Wales we decided to be open and honest about it.
My friend, buttering bread: “Ooh, I just wondered about stabbing you with this knife.”
Me at the roadside: “Ooh, I just pondered pushing you under that bus.”
My friend, on a walk: “Ooh, I just contemplated pushing you into that weir”
Me, smoking: “Ooh, I just considered putting this cigarette out on your forehead”
It started to get a little scary and the weekend was rapidly becoming a potential video nasty. We calmed it down a notch and carried on, just articulating random thoughts we had about passers by or shop displays. That felt safer.
We’re not deranged, we’re just honest. We're also both without genuine violent intent and wouldn't hurt anyone. Maybe hiding beneath the veneer of respectability is a better option though. There’s a fine line.
Posted by C at Sunday, February 26, 2012