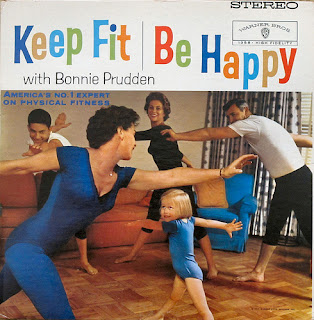 I've always wanted to go on a TV quiz show but suspect this could be disastrous if the dream was ever realised.
There are three problems inherent in this plan:
1) I might embarrass myself with an accidental sweary moment and end up on one of those out takes show
2) I might show myself by unabashed and shameful flirting with a good looking quiz master
3) They may ask a question about sport, in which case I would fail miserably.
My knowledge of sport is second to anyone’s. I know next to nothing. I’ve never seen a sports match of any kind either live or on TV, haven’t played sport since escaping school (and even then avoided it mostly) and wouldn’t recognise most sports personalities if they stood next to me in the supermarket queue. I’ve inadvertently met a couple of famous sports personalities in the past and didn’t realise either one was even remotely famous at the time.
Cricket is incomprehensible to me. The rules make no sense and it seems to involve people standing around in unattractive knitwear in warm weather. The language is bizarre and nothing seems to happen. I can’t understand why you’d want to stand still and try to defend yourself with a wooden stick whilst someone lobbed a solid leather ball at you at high velocity. Surely common sense would advocate running away quite quickly or calling the police. Mysterious.
Football mystifies me most of all. It’s like an odd tribal religion involving grunting, chanting and shouting. I hate the noise of it. It makes me think someone is about to throw a Molotov cocktail. It has a primitive horror to it which is so ungainly. Personally, I’d rather have a Cosmopolitan. I hate the inter-town rivalry that is pure nonsense. What is it with Nylon too? Like many sports, football seems to involve wearing a lot of nylon clothing. They must get terrible rashes from those cheap looking manmade fibres which seem to cost so much. Don’t even get me started on the jolly sporting nicknames, the cost of the policing and the effect on the traffic and parking. I can’t begin to describe my hatred of the whole footballers as celebrities thing either. It’s tawdry and dull. I’ll just point out that there has only ever one riot at a ballet and that was in 1913. See my point?
Rugby has incomprehensible rules and a weird playing style. I think they do it backwards or something. The men are quite cute but the washing must be dreadful after. They must get through some Vanish pre-wash. Tennis is terrible. It brings out the worst in people too (A.K.A. Cliff Richard doing an acapella sing song). Jingoism and misplaced nationalism abound and people get fired up over seemingly very little. Mind you, the male players do seem to display some nice buttocks but a quick glance and I’m over that.
Men’s diving and gymnastics always held a minor appeal for many gay men but the availability of internet porn has surely superseded that for most of us. I’m bored of the Olympics already. Please make it stop. It’s invaded everything and they’re even closing plays in London for the duration which is grim.
The thing I struggle with about watching sport is there isn’t a plot. It’s predictable and the scenery doesn’t change much. Two teams try to win, either one wins or neither wins or they both win. It’s in a field. Tell me why I should get excited? People have made far more interesting films, honestly. They have plots, scenery and dialogue.
As for my own sporting career: a dislike of pain, a dislike of excessive movement and a total lack of coordination make it an unattainable pastime even if I were remotely interested. It’s not even that I’m not competitive. I’m competitive in the right circumstances such as at job interviews or owning the best crockery. I don’t really need to try to prove I’m better than someone in Leeds or Lapland at repetitive physical motions to feel good.
Now board games are a different matter of course. Just watch my friend Fran I and play Yahtzee and you’ll see my mean streak come out as we both reveal our slavering inner desire to win. Now, International Yahtzee...wow...that would be an amazing spectator sport.
Posted by C at Saturday, March 03, 2012