Ramblings: Made to Measure 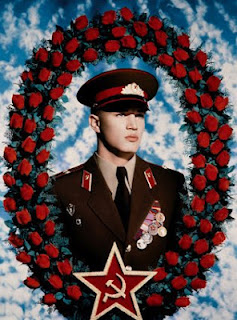 There’s always that question in my mind whenever I see a traditionally dressed skinhead in Doctor Martin boots and braces: Is he gay with a skinhead fetish, a Neo Nazi or part of the real skinhead culture? Maybe all three?


It’s the same when I see a big burly bloke in a checked shirt with a beard. Genuine lumberjack or Hairy Gay Bear? A man in leathers? Genuine biker or a member of the village people? We’ve adopted so many cultural stereotypes that it’s hard to know which one to choose.


It’s not so easy spotting gays now. In the 1950s you knew where you were. Gays were the ones who wore suede shoes, wispy chiffon cravats and the odd dollop of rouge on the cheeks. They’d waft about smoking daintily and call each other Gladys and Beryl. Mince forward to the 1970s and they had big moustaches and checked shirts knotted jauntily over our tight jeans as they danced to disco tunes and had it off in club toilets. The eighties were characterised by over dressed fashion victims and pouting. Then it all started to get confusing.


Straight men started wearing pink, eyebrows got plucked and hair met product. The Metrosexual was born. Straight men knew the rules back in the 80s, when I was young. You certainly didn’t wear an Alice band and own eyebrow tweezers unless you could lip sync along to the greatest hits of Doris Day. You wouldn’t apply anything to your hair other than wet-look gel and only the campest of the camp boys used facial skincare products. Spray tan? The answer would be a smack in the teeth from most straight men.


Walk down the streets of your local town and you’ll see men wearing clothes that would have got me stoned back in my youth. There are advantages to all this of course. We can pass unnoticed, recruiting to our sordid gang of deviants now. On the downside, one never knows which man to wink at or whose bottom to tweak. It’s all so confusing.


I’m being facetious of course. We’ve always been a tribe of people who cover all the bases and we run the full continuum from foppishly camp to scarily gruff. We’ve always been an elite force, hiding amongst all sectors of society. We’re a bit like Ninjas but with better hair.
I've always been intrigied by gay clubs which hold events where you have to wear uniform to get in. I've often wondered if all those men dressed as soldiers, sailors and policemen would let me in dressed as a lollipop man. I suspect not but it would be fun to try.