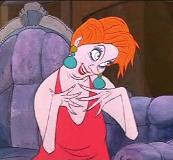 The year was 1977 and the Queen was coming to my home town. I dressed up in my lumber jack style plaid jacket with the huge sheepskin collar which was a major error for July. I coupled it with a nice floral shirt and flared cords and off we trotted. I remember noticing that the city was strangely clean that day. There was a complete absence of the usual dog turds and litter and the fountains in the town centre which usually housed dust and empty cans were sparkling with miraculously clean water.


We’d already had the street parties which were a bit of a bore as I was mid way through the latest Milly Molly Mandy book and would have been happier ensconced in my bedroom, reading. The copious amounts of jelly failed to console me. My brother and I waited behind the police cordon clutching our plastic flags for what felt like an eternity until she arrived. I was horribly disappointed. I’d expected something amazing and thrilling and all we got was a rather dowdy looking woman walking slowly through the market square in a dull pale blue dress with a fixed grin on her face. I expected much more.


The thing was, aged six, I had a fixation with villainesses. I didn’t want a nice smiley queen. I wanted the evil Queen from Snow White and the Seven Dwarves or at least the deranged Red Queen from Alice in Wonderland. This Queen was very underwhelming in comparison. Where was her axe, her poisoned apple and her need to decapitate?


I’d seen a Disney film called The Rescuers that year and was hooked on the villainess of the piece, one Madam Medusa (voiced by the brilliant Geraldine Page). She was overweight and blowsy, a mane of titian hair piled up on her head as she careered around doing evil deeds. She sported red lipstick, a blunderbuss and nails which could gouge your eyes out. I couldn’t get enough of her. I was in love. I had a tee shirt, the set of books and a poster on my wall. This was my kind of woman. I had a strange predilection for the villains as a child. I felt sorry for Frankenstein and Godzilla. I wanted to weep with injustice for poor King Kong. I thought Jack the Ripper had a very desirable cape and liked the Wicked Witch’s attitude if not her complexion. She just didn’t suffer fools lightly. Is that a bad thing?


In short, I believed them all to be misunderstood. The poor Queen in Snow White just hadn’t come to terms with ageing. We’ve all been there. Let’s face it; Cinderella would grate on your nerves after a while with her relentless optimism and chattering to sparrows. If I was her stepmother I’d have ended up giving her floors to scrub just to get her smiley little face out of mine. Madame Medusa just wanted a bit more cash. She had two pet crocodiles to feed and an expensive jewel habit. Who can blame her for coercing two mice into a life of crime? They were only mice for goodness sake. It’s not like she was really bad and abused something cute like a cat. Poor Ms DeVille just wasn’t a dog lover and wanted a nice warm coat. It gets cold in London. We all need coats and Dalmatian fur is so pretty.


These women thrilled me. They were powerful, knew what they wanted and how to get it and stopped at nothing. A few years later a similar woman came into power as our Prime Minister and although the comparisons could be made she didn’t cut the mustard. It’s all very well being evil but you need panache too. A frumpy middle class housewife from the Midlands in a bad two piece suit was never going to attain my admiration. Mrs Thatcher turned me cold.


The good girls bored me. I didn’t want to see sickly child star singers smiling inanely on TV as they hot footed a tap routine. I somehow knew it was fake and less than appealing. Heidi was just totally beyond my comprehension. No one could be that happy walking up and down bloody hills all days and doing endless chores involving whiffy goats. She had no style either: all that gingham. I did have a mild crush on Wonder Woman but that was more because I coveted her jewellery and wanted to beat people up gracefully.


Oddly my love of the bitch has stayed with me. Give me power dressers in business suits barking into mobile phones. Shower me with Dorothy Parker’s mean quips, Bette Davis’ sharp glances and Joan Crawford’s steely stares. Offer me Madonna’s demanding backstage riders or Debbie Harry sneering at me. I can’t get enough.


Luckily, I didn’t choose mean as a lifestyle option. I have my moments but essentially I’m generally pretty compassionate. Besides, I don’t have the right clothes to pull it off. I’ll just live it in fantasy with the odd moment peeping out from time to time. Maybe I’d have been happier with a more damaged royal visiting in 1977. If only Princess Margaret had been free that day. I’d have happily sat at her feet and passed her a gin and lit her Rothmans for her as she looked down her nose at me. What a woman.
Posted by C at Thursday, July 05, 2012

Snoops...Snoops,send up flares,light up the swamp so I can find her!!!I'm sad I had the soundtrack on vinyl

I need that soundtrack!