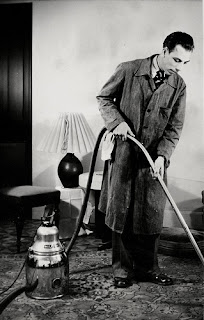 
The answer is as stupid as the question. Do these questions deserve sarcasm or genuine explanation? Is it really offensive to have bizarre remarks or questions thrown at you by straight people?


1)      Some of my best friends are gay: Yay! I’d shout it loud too if I had some gay best friends. We’re great to have around. We’re behind lots of the most innovative stuff going off in Britain. We design great clothes, produce great comedy, music, films, fiction and theatre. We’re often stylish and witty. We’re may actually be the new master race! Shouldn’t we let them be proud they’re our friends? Most modern women’s fiction characters have a gay best friend. We’re top of the must have list for 2012.


2)      How old were you when you knew you were gay? Well, ten out of ten for having an inquiring mind. I applaud this question. Not easy to answer always and it usually gets a stunned silence when I tell them I was 5. I like to quantify it too by explaining that lots of people don’t realise till they’re much older and there isn’t actually a rule. In fact, there’s not actually a need to define yourself as gay or straight or bisexual, unless you really want to or are backed into a corner by a gunman.


3)      So, which one of you two is the girl? Now this is a complicated one. Who can blame them for asking? Do they mean sex or domesticity? Our sex lives are full of possibilities. Of course we intrigue. People love to know what goes where. We can be as puzzling as a diagram for a flat pack wardrobe. It’s even more puzzling if we have fetishes or a dislike of penetrative sex or a non-conventional relationship. As for domestic arrangements go: sadly the average straight couple still fulfil lots of stereotypical gender roles. Childcare and household duties are still often predominantly female activities. Sure, people wonder which one of us can use the drill and which one can sew curtains. My partner and I are a real puzzle. I like to clean and he doesn’t. I can’t thread a needle and he can sew beautifully. We can however, both cook well and are both quite nurturing. We can both happily do traditional men’s roles round the house too but power tools scare me. I watched too much “Casualty” as a teenager. He’s in charge of the drill.


4)      How did you know you were gay? Erm. Well there’s these things called men and I quite fancy them. So much so in fact that I want to have sex with them. That was pretty much a giveaway. The rest is history.


5)      So you gays all like Kylie/Musical Theatre/want to come on my hen party wearing a pink Stetson? We don’t all fit the clichés. Lots of us do and that’s fine. That’s how stereotypes develop. It’s fine to love Kylie, fine to want to drink Barcadi Breezers whilst wearing a pink Stetson and fine to be able to hum all the tunes to The Sound of Music. It’s also fine not to. We’re not all cute, camp or foppish. Life might be easier if we could all be compartmentalised and fitted neatly into our assigned boxes but it’s much more interesting that we don’t.


Maybe its better that people do ask. We should encourage dumb remarks and seemingly stupid questions. I’m a firm believer in there being no such thing as a stupid question. It’s much more dangerous to not ask and remain ignorant. It’s our opportunity to break down barriers and try to dent those stereotypes.  We should be on a mission to inform. If we can be bothered. Otherwise, sarcasm helps.

Excellent! Had me thinking a lot.