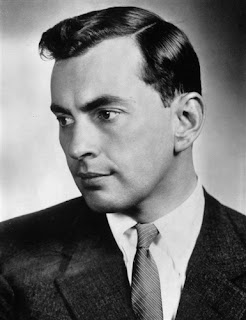 Vidal gained early notoriety in 1948 with the publication of his novel “The City and the Pillar”. The groundbreaking book charted the relationship between two men and was original in that it depicted the gay characters as average, masculine men rather than the more common image of the time of gay men as all being foppish effeminate men. The novel was semi-autobiographical and dedicated to a man he later described as the love of his life. The novel still resonates today and has much to interest 21st Century readers.

Vidal refused to define himself as gay or bi-sexual, in spite of lengthy relationships with both men and women. He went so far as to say: "There is no such thing as a homosexual or a heterosexual person. There are only homo- or heterosexual acts. Most people are a mixture of impulses if not practices."
Vidal had a prolific literary output and as well as his political career was also a prominent figure in the media. He once said: "I never miss a chance to have sex or appear on television." Now that’s a philosophy which I’m sure most of us can empathise with.

A famous saying of Vidal’s was that: "Style is knowing who you are, what you want to say, and not giving a damn."

In today’s climate of eclectic styles that still resounds with wisdom.