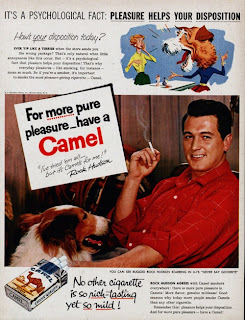 I came out when I was a teenager and once the tension of the event passed I found that I quite enjoyed it. There was the usual sense of liberation and empowerment and I discovered that the things I’d worried about were not so worrying. I wasn’t reviled or beaten, which was fortunate. Maybe I need to come out again but what about? I’m an open book generally. I could have invented the phrase ‘over sharing’.  I’ll tell you my life story any time you ask. Maybe its better that you don’t ask, actually. It’s lengthy.

I don’t shout my gayness loudly but it’s there to see. I don’t hide the fact that I fancy men. I don’t pretend my partner is just a friend. I don’t mind not being “straight acting”. What’s left to admit? Are there worse things to admit than being gay? How about my bad habits, oddities and quirks? I have a few I’m willing to share. If I tell people I’m gay they’re not generally too shocked or hostile. If I tell them the following then they often look at me with deep suspicion and horror.

1) I don’t drink alcohol. This is very embarrassing to come out about. It automatically leads to an interrogation. Not drinking is viewed as something highly suspicious or odd in the U.K. I’m not an alcoholic; I’m not a prude and am not in a temperance movement. I just gave it up a few years ago. I was a typical binge drinker who binged a bit too often and it made me feel trashy. I sometimes consider pretending that I still do drink but subterfuge is too much like hard work.

2) I really don’t like weddings. I avoid them like the plague. Unlike the stereotypical gay man people imagine, yards of white tulle and fancy waistcoats don’t make me wet around the eyes or anywhere else. I hate a tacky disco and making small talk with someone’s dreary uncle. I find them horribly boring and a waste of money which could be spent on a good holiday. I also find them a little embarrassing and pointless. I’m not against gay marriage though. If that’s what you want then I’m supportive of you. I just don’t want to come to your weddings. If you invite me I’ll politely decline with the line: “I’ll come to the next one”. People also ask me when I’ll marry my partner. I say that I’ll wait till I need a new toaster. My toaster is fine so far.

3) I don’t find eating fun. In fact, food bores me a little. I could throw a brick at the TV if a cookery program comes on. I’d rather watch some other more interesting chore like hovering or dusting. If I mention this me I get dubious looks. I’m not an anorexic or some weird futuristic person who would like nutrients through a pill. I just find eating a little tedious at times. It’s a chore for me. People get offended when I mention this and they resentfully recall meals they’ve cooked for me. (I did enjoy them by the way; perhaps just not as much as they would have liked me to have.)

4) I rarely watch television. This is a great one to get rid of salesman trying to doorstep you into subscribing to pay television channels. They generally look really shocked, then puzzled and usually come up with the killer sales line: “Well maybe if you tried watching it more you’d like it. You need more channels.” I’ll stick to my books and Radio 4 thanks.

5) I still smoke. Admitting this one is like admitting to committing a terrible crime. I sometimes get told I don’t look like a smoker. Am I meant to be a mass of wrinkles, stained yellow and have a wicked glint in my eye? It’s worse than that though. I sometimes smoke indoors too. I know: it’s terrible. I do actually know it’s a horrible too but I’m an addict. (Disclaimer: like most smokers; I’m giving up soon)

Seriously though, there are more embarrassing things than admitting you’re gay. I’m much more ashamed of some of the CDs in my drawer than I am about liking men. We’re all different and we all exist. Isn’t that what matters most? Think about it: which would you rather admit to: your Celine Dion collection, your adult romper suit or your sexuality? No contest.

Email ThisBlogThis!Share to TwitterShare to FacebookShare to Pinterest
Labels: coming out, i don't like food. teetotal gay, i hate weddings