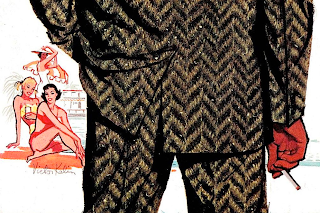 There’s been a lot of talk about being British this summer, what with that Olympics thing and the Jubilee business. I don’t think I fit the definition of being British in those categories. Indeed people criticised me for not being British due to my total disinterest.


I didn’t get too excited about that poor old lady having to watch a load of ships go by in the rain. I just wondered when she might get to retire. This raising the retirement age campaign by the government is getting a positive nod from the royals when a little old lady has to put in an eight hour shift in the rain. I just hope she had some comfy shoes and a vest. I suspect she gets as excited at the prospect of watching a flotilla as I would.


I definitely don’t fit the bill of being British when it comes to sporting fixtures. I really couldn’t care less who can cycle faster, throw an object or kick a ball round and whether they can do it better than anyone else. I’m not sure it makes us any better than anyone else in the World and I’m also not sure that I care about competing against other countries. Do we have to prove anything to be valid? I fail to get excited about it. It bores me senseless and jingoism puzzles me as much as most forms of less socially acceptable and widely encouraged fanaticism.


I can’t bear the horrible teary eyed faux sentiment and flag waving at concerts either. I’m not really sure what that’s about but much like the spirit of Christmas past, it fails to sweep me up in its passion. I find it kind of creepy, like an odd political rally for an extremist group.


I have words for the detractors though. Just because I don’t cry, get excited and raise a flag for “Jerusalem”, Mrs Windsor or a man grabbing balls, doesn’t make me not British or less than adequate. I’m British to the core.


What I believe makes me British is my obsession with rain and the ability to utilise a whole range of words for the condition. Like the Eskimos are to snow, we are to rain. We can revel in drizzle, spit spots, showers, deluges, downpours and torrents. I love my M and S brolly. I obviously fear for my tweeds getting wet in the aforementioned conditions but am actually so British that I would happily sit on a beach or have a picnic in the rain provided I have a sturdy umbrella to hand.


I burn to a frazzle in any temperature above 22 degrees and develop heat lumps. I get edgy if people display manners which are anything less than Miss Nancy Mitford would have advocated and know all the words to several Noel Coward songs. I think coach trips are a good idea, distrust overly spicy foods and I am terrified by the concept of the extended family. I like to see people with comedy teeth and indeed have a set of slightly crooked and chipped teeth of my own which are a lovely colour somewhere between to Magnolia and Nicotine.


I like hefty dry cakes. I keep a well scrubbed doorstep and have read the complete works of Evelyn Waugh. I get edgy if people don’t queue properly. I’m mildly pre-occupied with social class. Do I need to go on?


In fact, may I be so bold as to suggest something? I’m a lot more British than most self proclaimed British people. Cheering loudly at sports or crying in public through joy are just a little bit well...American. There’s nothing wrong with being American at all, provided you are one. I think the more British reaction to an event such as the Olympic sports thing would be to sneer faintly. Pretend it wasn’t happening and be slightly embarrassed at winning a medal. I suspect, I may be a lot more British than people think. I can complain to professional standard. I’m also so British that I don’t actually care that much about it and am of course, very apologetic about it too.

Email ThisBlogThis!Share to TwitterShare to FacebookShare to Pinterest
Labels: being british, british, I hate the olympics, jingoism, tweed