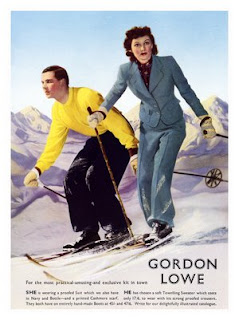 I’ve never been very good at relaxation. Lavender makes me edgy, deep breathing makes me hyperventilate and massages make me want to run screaming. I’m not good on beaches or at lying in the sun (too beachy and too hot and sweaty). The only way I really relax is watching a film in the cinema, a play in the theatre or reading at home. Well, there is another way but that involves alcohol or prescription drugs and I’ve learnt over the years that neither of these are my friends any more.


Even day dreaming is hard for me. I’ve just returned from a weekend over at Paul’s house and was travelling back on the bus earlier. Dreary looking snow-bound scenes were bombarding my senses. There’s only so much snow that can look interesting: probably about 5 seconds of it. It’s especially uninteresting in March when it should be getting more Spring-like. I didn’t feel like listening to music or Radio 4 so decided to day dream.


I shut my eyes and tried to relax, managing to get comfortable in the coach seat. I decided to think about a nice warm Italian village, maybe Paul and I wandering round in a narrow sun baked street, nodding amiably to the beautiful people as they walked by and smiled approvingly at our fine attire. The problem is that my mind is full of snow. I’ve seen nothing but snow for 3 days now. I can’t get the snow out of my head.


Attempt two: Paul and I are walking round an Alpine village. The friendly locals nod, smiling, at our stylish tweed coats and we head into a warm café. The issue here is that in reality I’m on a bus. It feels like a bus. It moves like a bus. I can’t get beyond this.


Attempt three: I’m on a coach travelling through the Alps on my way to meet Paul. Bollocks. I’m suddenly thinking about skiers. I hate the thought of skiing and all those hearty types. They’d be on the bloody bus with me and would be riling me with their sporty talk and their après-ski fondue and schnapps plans. They’d all be sporting those nasty outdoor padded things. I can’t do this.


Attempt four: I’m on a coach travelling to the Alps to meet Paul and its 1934. The people of 1934 are thoroughly decent, well dressed and keep themselves to themselves. Oh. Hang on: do I really mean 1934? I like the Art Deco elegance but I also like the 50s chic, maybe a bit more. It would be nice to be ferrying a poodle or two on my lap. Poodles were quite hard to come by in the 30’s, I think. I like the 40s too and the razor sharp New Look fashions but do I want to be travelling across war torn Europe. Won’t I end up involved in a spy ring or getting assassinated? Also, when were anti-depressants invented? I’d be nowhere without those. How about Valium? I may need it on the holiday if I get too tense about all those mountains and on reflection I don’t think it was invented till the 60s. I’ve never tried Barbiturates but they might do at a push for an extreme stress reaction. I’m pretty sure they were invented then as they were taken a lot in “Valley of the Dolls”. Hold on: when was that book set? I NEED GOOGLE, NOW.


I opened my eyes and scrutinised my fellow passengers instead. That’s always a pleasure. There’s a Polish couple. One man is much older: father and son or lovers? The younger one is balding though so maybe he’s older than he looks and has had work done. A man with a hospital wristband on: He’s either forgotten to take it off, has escaped or is wearing it permanently because he fell in love with a young nurse during an in-patient stay. What about the woman in the hat and big sunglasses: my guess is hung over, secret affair or she’s a celebrity.


You see, my problem is that I have way too much imagination peppered with a heavy dose of pedantry and a sprinkle of pragmatism. I’ll stick to reading for relaxation.
Posted by C at Sunday, March 24, 2013