A River in Egypt 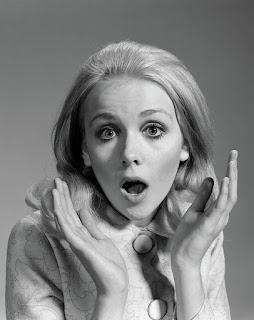 You’d think I’ve had been ready. Fully prepared for the day in January 2020 when the neurology registrar called me and told me that the MRI showed multiple sclerosis lesions in my spine. It wasn’t like they hadn’t been telling me for the past twenty-years that I might have it. I’d even had a confirmed case of optic neuritis with demyelination (stripping of the nerve) in my optic nerve, which is often how MS can first present.

I wasn’t. I wasn’t ready at all. It was like a hammer blow, catching me unaware. Making one of my biggest fears real. Having to confront a rat, being falsely imprisoned or developing a neurological disorder. These are my top three horrors. I also worry about losing the dog, burning down the flat or accidentally killing someone. I worry about a lot of things. Normal everyday fears and full scale tragedies.

Maybe, the repeated reassurance every time that the MRI scans showed no lesions had left me complacent. Maybe this was why the news left me reeling and moping around listening to Lorde and Lana Del Rey on repeat (to be honest, I often do that anyway).

The signs were there. I’d had a week of euphoria, something that has been noted to be an occasional symptom preceding a relapse. I’d walked around in an uncharacteristic state of blithe happiness, which was a pleasant side effect. Along with this I had a sudden onset of Lhermitte’s Sign (where you experience electric shock-like sensations when you bend your neck forward). I recall thinking this was just like that funny MS symptom that people get and then ignoring it.

Then there was the big one, the impossible to ignore one, the numbness extending from my toes to my rib cage. A prime giveaway. Yet still I was shocked. I hadn’t even thought about this being an MS attack. I’d happily slid into the MRI scanner without thinking about it, assuming that I had a slipped disc or trapped nerve.

If you’re a healthcare worker then you probably have ideas. Strange ideas. Things that you recall, people you remember. I have a whole catalogue of horror that I can taunt myself with. Being around people with illnesses serious enough to need hospitalisation ensures that you have a skewed perspective. My experience of MS came from years of seeing people with extreme forms of the disease.

I recall a man in his early twenties who was bedbound and had contracted limbs, arms and legs set into hard right angles, often angry and irritable, utterly dependent on people to do everything for him, unable to even hold a glass. A confused older woman who was covered in sores where she’d been confined to a chair. A man who was contorted with pain. These images sit in my head. I struggle with the concept of dependence, with disability, with anything that would change my function and even my appearance. I struggle with the concept of suffering. Who wouldn’t? I instantly considered this to be an inevitable destiny.

The news was devastating but whilst I was still reeling, a colleague said to me (several times, she’s that kind of person): ‘It’s a spectrum illness, remember that.’

It became my mantra. In between listening to doomy women singers, I muttered it to myself. Forcing my brain to re-evaluate and remember that there are lots of people with MS who are still working, still with some independence as well as people who are coping and living with varying degrees of disability. It's a spectrum.

There is also a whole spectrum of forms of the condition that runs from people who only have one attack ever (clinically isolated syndrome), to people who have an aggressive form of the disease where disability progresses from onset (primary progressive MS). I am in the group with a type of MS called Relapsing Remitting MS. This is where the illness comes and goes, with attacks that wax and wane. These attacks can leave permanent damage (demyelination) where the nerve covering (myelin) is stripped away and nerve signals can't be sent properly. Equally, the damage left can be minimal or temporary. For some people this then goes on to worsen and they stop having remissions (Secondary Progressive MS) and lose some function.

The nervous system is a hideously complex thing. No two people have the same set of MS symptoms or the same presentation. It’s a spectrum.

Nothing is guaranteed. The other factor is modern science. The amount of treatments to stop the disease in its tracks has increased dramatically, with more than a dozen different drugs now used. When I was a student nurse there was very little that could be done. The life expectancy of someone with MS is now only around six years less than someone with it.

So, my denial? I’m impressed by my skill. I didn’t think that I had the ability to lie to myself so well. It’s a protective mechanism and one that probably helped me through. I like it. Bring on the denial.

My fears are still there, much like I fear burning down the house or losing the dog on the park, I fear this. But it’s fear as a possible case scenario, though, rather than fear of an inevitability. I also still have treatment options. I also still have hope.

The future is uncertain and the disease may or may not be managed, I may become more disabled, I may not. In the meantime, I have to adapt and manage with what I’ve been given. Isn’t that what life is about? Adapting. I’m trying hard.

For more information on types of MS: The MS Trust