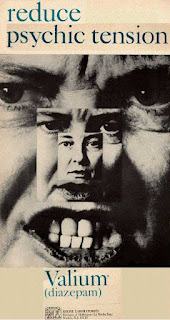 Article originally published online in 2010 on the Sane website. Updated 2021:

I remember being aged 21 and sitting in a lecture in college. The lecturer was talking about stress and how it was commonplace amongst nurses. She talked of nurses becoming burnt out wrecks, depressed, frightened and barely able to feel or function, sometimes unable to come back to their previous lives as they crossed an invisible bridge condemning them to lifelong misery and despair and an enforced change in career. I felt faintly queasy, anxiety stirring in my belly. I felt certain that this was my destiny and hadn’t a clue how to stop it. In the end I didn’t.

I always knew I’d probably grow up to be a little bit mad. I anticipated suffering and angst as a given in my life. I have a good lineage, depression and anxiety stretching back through the generations. My childhood was odd, which can be a sure fire predictor, and I was prone to worry, obsession, rumination and setting myself unachievable goals in life, right from an early age.

I trundled along successfully, balancing my worry with activity, believing that hard work could cure all my mental ills. A minor blip hit me in my teens and I developed nihilistic tendencies which outran the normal teenage gloom. It passed in time though and I weathered the moods, struggling through periods of gloom and nervous excitability. I knew I thought too much about things and labelled myself as a “person of a nervous disposition”. I was the kind of person roller coasters urged to not travel, along with the pregnant and infirm.

I knew the answers and knew the solution. I could cope by being busy, working hard, walking a lot and keeping the house unhealthily clean at all times. I knew that if it all came crashing down and I did succumb then there where pills. I was a nurse; pills were the answer and would cure me if it ever all caught up with me. I was sure of that. I also suspected I had an overactive thyroid. I liked the thought that there was a hormonal imbalance making me a bit nervy. That it was just chemistry, rather than something more holistic. I'm hot most of the time and struggle to gain weight. It was a logical diagnosis but one delusion which I was finally robbed off when a thyroid function test showed I was completely mid range normal.

The first bad attack came in 1999. I was 28, my relationship with a much older man was floundering and getting increasingly uncomfortable to be in and work was grinding me down. I felt a strange shift come over me. I was starting to get long periods of feeling afraid and edgy, uncomfortable in my own skin. I’d pace the house, not sure where to put myself and worry about why I was worried. I also lost the ability to feel much pleasure. I enjoyed precisely nothing. Trips to the theatre were an ordeal, novels I liked were dull and uninvolving and I hated to talk to anyone. I felt like I was wading through treacle trying to work. I’d always believed that hard work was the answer. I was full of scorn for colleagues who went off sick with stress or anxiety, wondering why they didn’t just work harder to take their mind off it.

My medical model of thinking made me think there was a pill for every ill and I trouped off to the doctor. Eight weeks of inadequate counselling from a woman who I disliked, a prescription for Paroxetine and I was better within two months. Within three months I was wondering why I hadn’t been put on these drugs along with solids at the weaning stage. I felt amazing and was reassured that I’d been right all along. I had a chemical imbalance. I ignored the other evidence. There was no way that the abusive relationship and working on a chaotic hospital ward contributed at all. It was all about the chemicals. I took them for six months as suggested. I sweated a lot, felt sick a lot initially and found it was impossible to have an orgasm. Who cared about that though? I was enjoying life again.

Eighteen months later it all went horribly wrong. I changed my job to go to work on a cancer ward, left my partner, found a new partner, lived on my own for the first time, moved in with the new partner after six months, started working shifts in the hospice on my days off, shopped a lot, decorated the flat frantically, drank a lot, went out clubbing a lot, took lots of Diazepam (thank you G.P., I loved you for those little yellow pills), slept very little and worried all the time. I missed my dog that I’d had to leave behind. I missed my lovely old house. I also re-started and stopped taking the Paroxetine, resulting in strange side effects, numbness and a limp. I was referred for neurological investigations due to limb numbness and suspected multiple sclerosis which terrified me to the point of nausea. This time the Paroxetine didn’t work. My mood didn’t lift in spite of the little white pills.

It took a few more months but eventually I learned to understand why people went off work sick with stress. I learnt the hard way. I started waking at 4am with feelings of doom and dread, lying in bed moving my legs around, tossing and turning. I was smoking 30 cigarettes a day, drinking vodka every night and starting to lose all perspective. Eventually, I woke up one morning and it was if a blind had been drawn down. I couldn’t make myself get out of bed. I cried on and off for weeks. I lost a couple of stones in weight. Every time I tried to eat I retched, the food sticking in my throat. Even if I felt hungry, which was rare, I couldn’t decide what to eat or summon the energy to prepare it. I couldn’t talk to anyone or enjoy anything. I was firmly ensconced in this mental fog. Everything was bad. I was bad. The world was bad. It was never going to end.

The house became dusty and smeared. I grew thinner and more ragged round the edges. I was unable to make myself do anything. I couldn’t wash or get up in the mornings. I’d get up and sit in front of the TV, crying and worrying till about 4pm before I could muster the energy to wash. Time hung heavy. Everything hurt. I felt like I had no skin. There was a complete vacuum in my life. I’d get the odd good day but these were brief and seemed cruelly snatched away when the next day I’d wake up with the cloud hanging over me. On the good days I was completely unable to understand why I was like I was the previous day, scolding myself for not eating, cleaning up or washing myself. I found myself incomprehensible which was baffling. My G.P. upped the pills again and again till I was on three times the original dosage. I didn’t improve much. Worryingly, I was certain this wouldn’t ever end.

It did end, of course, but it took a long time coming. Three months later I returned to work, thinner, slower and still experiencing bouts of crying and despair. I was functional but remained a bit of a shell, feeling flat and numb a lot of the time. I spent lots of time in bed after work, retreating under the duvet the minute I walked in the door. I attended group therapy which I found surprisingly fun and rewarding and eventually, six months later, I felt I was back to my normal self and back on a reasonable maintenance dose of anti-depressants.

Sadly, I learnt very little from this time. I avoided thinking about it. I felt traumatised and baffled that I’d lost months of my life and spent them mooching round in a dressing gown, sweaty and malnourished. It was all behind me though and I made a conscious ever never to think about it again.

Four years later I felt that my life was a resounding success. I was working as a ward manager on an acute ward. I was putting in up to 60 hours a week at times but loved my job. My relationship was fine. We argued a bit and my crazy working hours put a bit of strain on us but it was mostly good. I had a lovely home which I spent my days off scrubbing and cleaning and decorating. I was well nourished, non-smoking and enjoying life on the whole. I couldn’t see what was wrong. I earned good money too, had savings for the first time ever and went on holiday five or six times a year. Yes, I spent sleepless nights worrying about random things. I was plagued by mystery ailments and pains. I was also irritable and tired at times, finding it took me two hours or so to unclench my fists after a busy shift at work. It was fine though.

The next episode was worse. I woke up one day and it was the same again, only worse. I spent six months off work. I panicked, I cried, I took pills galore, I starved, I fretted and lay awake watching the clock move slower than it ever had in my life. I hurt all over. I had more therapy, a C.P.N., cycled through four kinds of anti-depressants, three kinds of sleeping pills and a bunch of sedatives. I saw three different psychiatrists. I knew this time I was finished. I’d never work again. I really hoped I would die but didn’t have the energy to bring this about myself. I knew that I’d never feel pleasure again and regain my old life. My relationship would end (actually it did end a few months later, I’m not always wrong). It was a bad time.

It improved, though. I did return to my job. I did get better. I did regain myself.

That was fifteen years ago. I’m well now. I like to think I’ve learnt a little. I really hope so. I don’t fully understand why I get so depressed. It’s too complicated to unravel. I know my triggers and what affects me. I know what to avoid (including alcohol). I’m not sure I know yet how to slow down and relax enough. I spent four years in therapy. I’m still taking a maintenance dose of anti-depressants. I probably always will. I see it like a chronic physical condition, like diabetes or asthma. It’s deadly and horrible and I can’t forget I’ve got it but hopefully it’s mostly manageable.

I’ve survived traumas and upheavals in the intervening years. I got through the upheaval of a relationship breakdown, romantic disappointments, changes in my job, house moves, moving to London, bereavement and stress and I’m still tottering along. I hope it continues.