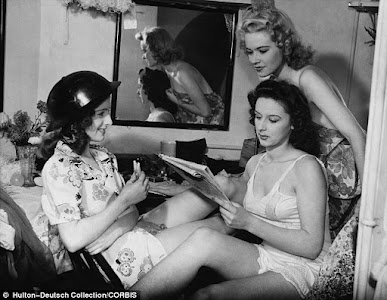 Bombs usually go off when you're least expecting them. For me it was Christmas Day 2019 when the ground shook and the buildings were decimated.

Maybe not so much a bomb, more a stealthy assassin. It begin with a whimper but ended with a bang. Like the first whistle of a Doodlebug passing over, it all began in the most innocuous way.

I dislike Christmas. I'm a middle-aged gay man with no children so that smiling faced delight of a Norman Rockwell painting has never come my way. I've never seen it as a holiday time as I'm a nurse who always felt obliged to work the late shifts, so that my family orientated colleagues could have the time off. I have no religion so feel no fervent ecstasy about the birth of a Messiah. I also don't eat meat, so no turkey or pork wrapped in pork with a side order of pork. I've had migraines since childhood so brightly wrapped chocolate is out and I don't drink alcohol (more on that one later). I also don't like rampant consumerism, shops crowded with amateur shoppers and being told I have no choice in things (i.e. do this or else we'll call you a Grinch or a Scrooge).

With a cunning stroke of cruelty, the bad things started on Christmas Day, my least favourite day of the year. I was sitting watching TV when it started. A quiet numbness in my left foot, a frostbitten feeling. I recall watching the annual Agatha Christie with my dog by my side and sitting with my foot between my hands, trying to rub some life into it.

My philosophy is that if you ignore something for long enough then it might just go away. I ignored it steadfastly as over the ensuing days the numbness crept up my left leg, reaching first my knees, then my thighs and eventually spreading past my buttock and into my lower back, ending just below the rib cage.  I could still walk, albeit with a minor limp, so I carried on going to work. In retrospect, I wonder if I subconsciously knew what was coming. The random MS scares of my twenties and thirties had left with some knowledge of the illness but a complacency as previous tests were always negative.

You can only adopt the 'ignorance is bliss' philosophy for so long and I eventually succumbed, calling the emergency doctor on a sleepy Saturday between Christmas and New Year. The on-call GP called me back and told me she was calling an ambulance. I asked her not to as I was walking the poodle round the park when she called and instead made my way to the Accident and Emergency Department in an Uber.

Sixteen hours later, I was released, with a pending MRI scan for a week's time. Within ten days, the bomb had well and truly shaken my world, as I was found to have scar tissue (lesions) throughout my neck and lower back. I had a condition called transverse myelitis (inflammation of the spine, in layman's terms). Multiple Sclerosis was here and I was shaken by the blast.

Whilst the feeling gradually came back in my leg over the next three months (to be replaced by a burning pain), my life was about to change. The regime of going to the theatre two or three times a week, long walks through London at the weekend, late nights reading and frenetic housekeeping was scattered in the debris. A new life of attacks of nausea, fatigue and random pains was here, at least for now.

Adjustment is tough (hence the term 'adjustment disorder') and I'm still afraid at times, confused and worried for the future. Other times, I'm sure that I can manage this. The best times, I don't think about it at all.

I think about my flat. My flat in London is a 1950s beauty on a street of Edwardian villas. Large square rooms filled with light. A big private garden. I love my flat. The reality is that this flat wouldn't exist without a bomb. I also wouldn't be able to afford to live in such an affluent area. The flat exists because a World War II bomb obliterated four houses and in the crater this building grew.

Bombs are never positive but you can make a life in the debris.