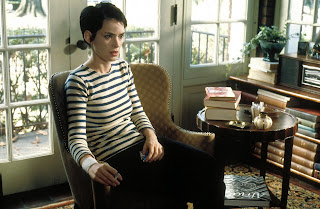 So, I'm back. After eight years, I've decided to start writing the blog again. Here's why:

Originally, I wrote this to write about my past mental health issues, LGBTQI+ matters and as a repository for the weekly observational articles that I wrote for a regular weekend column on TheGayUK website.

My intention in writing was always to entertain but also to inform and try to show people that if they had bad experiences, then they aren't alone. I wrote unflinchingly about the negative stuff as well as writing foppish fluff pieces. I found it cathartic to write about my struggles with alcohol,  being in an abusive relationship, my views on death and dying, my issues with poor mental health, as well as doing lots of posturing and spouting my silly views plus sharing books and poems that I love. I suppose it worked as free therapy but I also felt that if my experiences could help someone else in even a tiny way then it was an added bonus. I also like making people laugh too.

Through writing this, I ended up being featured in a book for the Born This Way blog, writing articles for the SANE and Black Dog Tribe sites, being featured online via a well-known LGBT+ mental health blogger in New Zealand and also by an Australian TV producer, having a weekly column on TheGayUK site and writing an article for a national website about normalising death and dying.

I was way too candid about some of my dodgy dating experiences and didn't always try hard enough to hide who the accounts were about. Sorry, people. I'm sparing your blushes now.

If anyone finds a dodgy old post that crosses a line (either linguistically or in terms of taste then please let me know).

I'm bearing in mind the line from The Go-Between, 'The past is a foreign country: they do things differently there.'

The blog fizzled out. Life became too frantic to find time to write. London was full of temptations like art galleries, long walks in the city (we've walked a lot), and theatres.

If you don't know me well, then here's a summary of the past eight years:

1) Moved to London and love it here. We have a flat in South East London with a big leafy garden and I have a job at a big London hospital. This place also suits my clothes.

2) Went to the theatre way too much. Started theatre reviewing for Londonist website as well as spending a year doing the public panel for the Olivier Awards. I've cut down dramatically now (thanks lockdown and MS) and stopped theatre reviewing too.

3) Stayed with Paul (ten years and counting) and we mostly don't fantasise about killing each other.

4) Turned 50 and became a step-grandfather (ouch) via Paul's daughter, who also lives in London now. Lost more hair. Battled with a small paunch. Lost a lot of my prostate gland (how middle-aged is that?)

5) Became ill with a hard to treat bacterial prostate infection that's resulted in nearly three years of antibiotics (including 3 months of them at home via a drip), two hospital admissions, four procedures under anaesthetic, multiple tests and a lot of time off work (annoyingly).

6) Carried on working as a nurse (when I'm not off sick, which has been a lot lately. Sorry NHS)

8) Finally got diagnosed with Multiple Sclerosis after over twenty years of having suspected M S attacks and I've now started treatment to try to stop it progressing.

9) Watched an incredible amount of TV. Ignore those silly old posts where I pretended that I didn't. I was posturing, playing a role. I'm still about Radio 4 and books but TV is a god to me right now.

11) Stayed, mostly, mentally well and carried on not drinking alcohol or eating meat. The cigarettes are gone too but I'm a sneaky vape addict now.

I suppose it's fact number 8 that's spurred me on to write on here again. MS is a strange and isolating illness and hard to explain to people. If I can write about this then it's got to help someone (as well as me).

If I can write about MS and help people understand just a tiny bit of it, then that's good enough for me. My work here will be done.

The silly blog name? I suppose I felt like Susanna Kaysen in her 1993 book 'Girl, Interrupted' (or pre-shoplifting Winona Ryder playing her in the 1999 film version). I felt like my mental illnesses ripped me from life from time to time, interrupting me and setting me off kilter, isolating me from the world.

Fast forward almost a decade and I'm interrupted again, only this time by my treacherous body. Hopefully, it's just a pause. I'm trying hard to press play again.