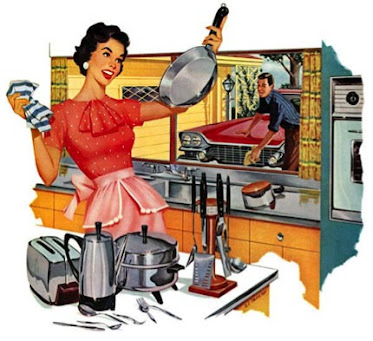 I always thought that in order to label yourself as a perfectionist, you first had to be somewhere close to being perfect. I couldn’t see that I was a perfectionist when I’d flunked my exams and missed out on university. When I sometimes burned the dinner and there were occasional balls of dust drifting along my skirting boards. When my sunny disposition sometimes gives way to flashes of rage.

I was wrong. I’m a perfectionist to the core. I get off on perfect. Perfect is my drug. I love perfect. Give me an untidy desk and I’ll line up your paper clips and stapler and heave a sigh of relief when it looks perfect. Give me a task and I’ll try my absolute best to ensure that you can’t possibly criticise me, not even if you scrutinise and scour for faults. If you could download my brain you’d see a hefty file full of ways that I criticise myself for not being entirely perfect.

In 2001 and again in 2005, I ground to a halt. I was working in jobs where my chances of pleasing everyone were negligible and completion of all of the tasks that were expected was impossible. I failed on a daily basis. No, make that hourly. Failure became a constant shadow. My failure stalked me home and impacted on my relationship, which then caused the relationship to falter and start to fail too. I was haunted by nagging criticisms (almost entirely my own). It’s no surprise that I buckled and woke up one day unable to function. Perfectionism gets jobs done well and done well but it also erodes the perfectionist who’s doing those jobs.

I’d like to say that I’m a recovered perfectionist but I’m not. I just answer the nagging voices better and reason with them. I’m typing this in a perfectly tidy flat with a well-stocked fridge and all my tasks up to date. It’s how I roll. However, if I drop down on the sofa with a fit of fatigue then I accept that too. The perfectionism has a pause button. I’m allowed time off for good behaviour.

There’s one thing that’s nagging me at the moment and that’s being ill. I’m good at being ill. I try hard to be the perfect patient. I do the things I’m supposed to. I’m concise and I lap up the praise when a doctor compliments me on my ability to recount my complex medical history. Just one thing though, am I really ill enough? Can I call myself ill when I’m mostly functional? Am I any good at having MS? My perfectionism is deep seated. It’s a work in progress. 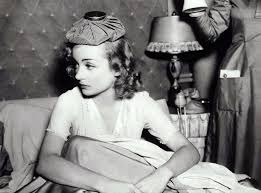 Here's a piece I wrote for a national MS website:

As someone who’s an effeminate gay man, my sense of identity was always something that I struggled with. It was hard to know where I could fit in within a society where everything around me sternly bullied me into believing that life was about meeting a person of the opposite sex and coupling up. Life taught me that as a man, I should be masculine, ideally with a love of sports and an innate ability to do DIY. I just didn’t feel that way and carving out my own niche was never going to be easy.

I eventually found a tribe of people who affirm me, found love/lost love (I did that one a few times) and grew a career in a profession that suited my abilities, where the prejudice wasn’t too overt or rife. My world was sent reeling in 2020 when I was diagnosed with Relapsing Remitting Multiple Sclerosis. What did this mean for me as a gay man and was my experience going to be different because of my sexuality? How would this change my view of myself?

I’m sure some people reading this are thinking ‘But it’s 2021. It’s fine to be LGBT+ (lesbian, gay, bisexual, transgender) nowadays.’ It really isn’t. Things might be easier but we still face discrimination and misunderstanding.

The British Social Attitudes Survey from 2018 found that a third of people still believe that same sex relationships are wrong and they noted that this was also an increasingly vocal minority. In the same year, the National LGBT survey showed that 40% of LGBT people had experienced a negative incident outside of their home environment, such as verbal or physical abuse due to their sexuality, in the previous 12 months. Rates of mental illness such as depression and anxiety are significantly higher, as are issues like substance misuse and self-harm or suicide.

My first reaction on being diagnosed with MS was to trawl the internet for information (from reliable sources, of course). I found lots of stories about or by people with MS, many of whom were inspirational and fascinating. However, there was no one who was like me. Is that important? It really is. Being represented is useful and to see someone you can identify with is a powerful thing. If there’s no one like you around then it’s harder to feel that you belong or have a voice.

Even within the liberal environment of health care, assumptions are constantly made about gender and sexuality. LGBT+ people don’t just come out once to their friends and family. If you get sick then you may have to do this to health care professionals again and again. Unless you want to pretend that your same-sex partner is your sibling or friend then you’re probably going to have to point out who they are and specify your sexual identity, endlessly. Coming out: it’s the gift that keeps on giving.

Also, imagine if you’ve lived your life hiding your sexuality or facing abuse when you’re out and about and then have to accept carers in your own home. How do you know that they’re not from the third of people who think that your lifestyle is wrong? It’s a daunting proposition to open the doors to your private sanctuary to people who may be judging you. It’s taken me a long time to get used to the fact that my persona and mannerisms aren’t appealing to everyone and that this is probably always going to be the case. I’m not sure how I’ll feel if there comes a time when my home is no longer such a private place where I can be myself.

I’m not speaking for everyone. This is my lived experience as just one variety of gay man. For some people, their sexuality might not factor into how they feel about having a serious chronic illness. However, for many people it does. Their sexuality is a facet of their personality and identity on which illness is then overlaid.

If you want to read more about the experiences of LGBT+ people facing serious and advanced illness then look at the work done by King’s College London in the ACCESCare Study. They found commonality in experiences and formulated ten recommendations for both individuals and for organisations.

As for me, I’m coming to terms with the MS. At least it’s a perfectly valid excuse not to participate in ‘manly’ sports or do DIY.